February 03, 2023 | 9:41 AM UTC
Home Business & Finance ToTok remains eager to cooperate with Apple and Google to get back in their app stores 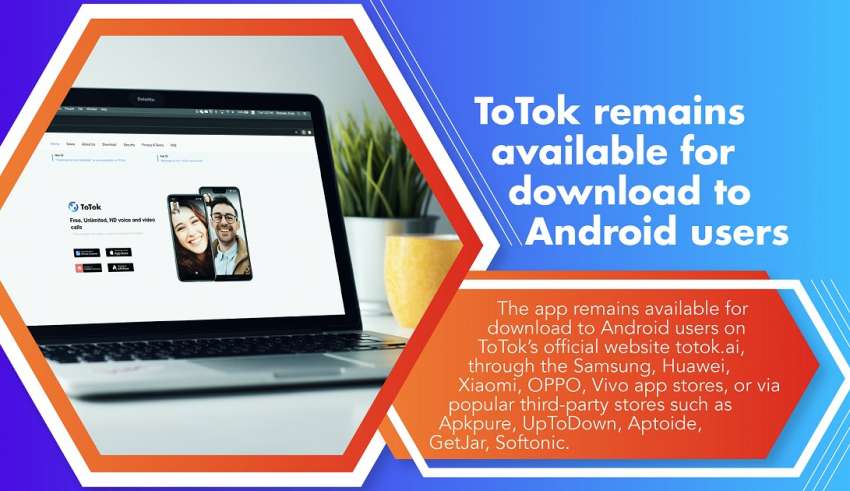 ABU DHABI: “Led by a group of international entrepreneurs and engineers working in the UAE, ToTok is an independent commercial entity that remains fully committed to protecting our user privacy and security. All ToTok user data is strongly encrypted and all transmission channels are fully protected. ToTok uses the same privacy and security technologies as some of the world’s leading messaging apps, including WhatsApp, Telegram, and Facebook Messenger. In fact, ToTok asks its users for access to less of their data than WhatsApp, Telegram, and Signal”. This official statement was issued by ToTok today.

ToTok was built to make it easier for people to communicate and connect with their friends, colleagues, and families around the world. Despite the misleading and outright false accusations carried in certain media outlets recently, ToTok has seen an outpouring of support and trust fromtens of millions of users, including more than 20 million who continue to use the app regularly.

The message to our users and everyone around the world is, “ToTok is still going strong”, the statement added.

While we disagreed with the removal of ToTok from the Apple App Store and the Google Play Store, we have implemented every specific change requested by both Apple and Google. We remain eager to cooperate with the two companies to get ToTok back in the app stores for good.

Our company has sought and continues to seek a dialogue with Apple and Google by calling, emailing, and reaching out on social media, inviting the two companies to visit the ToTok office in Abu Dhabi. Regrettably, there has been no return communications from Apple since January 7, 2020 and from Google since February 15, 2020.

The statement further added that “the time to resume dialogue and cooperation is now. As the global community battles the widespread outbreak of coronavirus (COVID-19), schools, universities, and offices around the world are closing to help contain the virus. Teleworking and remote learning have suddenly become the norm in many parts of the world. As an app with superior audio and video capabilities, ToTok calls on Google and Apple to work with us to make it easier, not harder, for people around the world to communicate.”

We would also like to assure our users, and the global community, that our app is secure, safe to use, and remains free for everyone. Until ToTok is back on the Google Play Store and the Apple App Store, the app remains available for download to Android users on ToTok’s official website (https://totok.ai/download-android), through the Huawei, Xiaomi, OPPO, Vivo app stores, or via popular third-party stores such as Apkpure, UpToDown, Aptoide, GetJar, Softonic.

Dubai Chamber of Commerce, one of the three chambers operating under Dubai Chambers, toget…