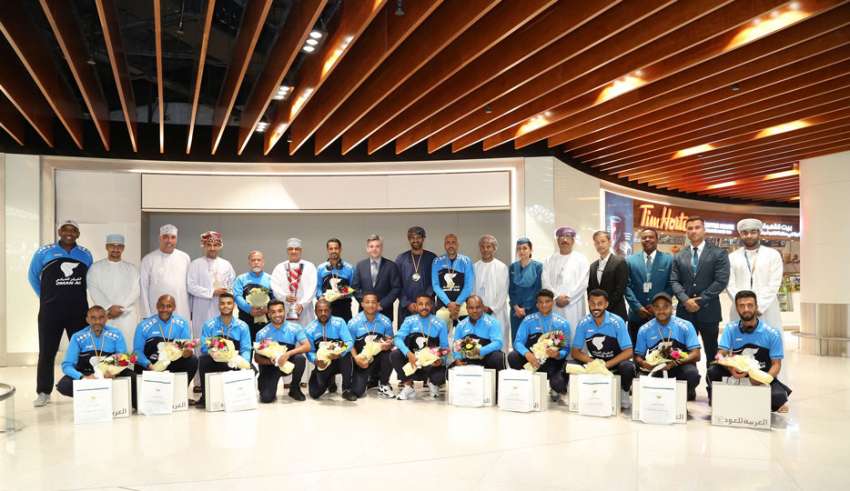 MUSCAT: Oman Air’s football team has won the Aviation Football Cup 2019, held in Barcelona Spain from 2 – 6 October, by defeating Ekaterinburg, a Russian team, 3-1 in the final match of the 14-team tournament.

Oman Air’s Chief Executive Officer, Abdulaziz Al Raisi, was delighted with the win, noting that this is the third time Oman Air has won this championship. The team won the title in 2015, the year of its debut in the event, and in 2017.

“This is a fantastic achievement for the Oman Air football team, which reflects the effort and teamwork delivered every day by throughout our airline. On behalf of everyone at the airline, I congratulate each and every team member and our coaches. Winning in our tournament debut was impressive, but even after the other teams came to learn of our strength on the football pitch and know that our team could beat anyone, we have won the title again and again”.

The Aviation Football Cup provides a platform for aviation professionals from all over the world to meet and play football in an environment of spirited, respectful competition. The first tournament was initiated by airline employees and held in Portugal in 2005. In the 14 years since the Aviation Football Cup was launched, over 3600 players from more than 140 teams, representing 50 countries, have participated in the tournament.

After congratulating the team upon its return to Oman, Al Raisi noted that the victory increases international awareness of the Sultanate and motivates everyone at Oman Air.

“Once again, our team has honoured Oman Air and the Sultanate with its success and its sportsmanship against teams from around the world. Their continued success increases international awareness of our nation and motivates everyone at Oman Air to deliver world-class service to our guests. We are inspired by their accomplishments and the effort it took to bring the trophy back to Oman”. BIZ TODAY MONITOR