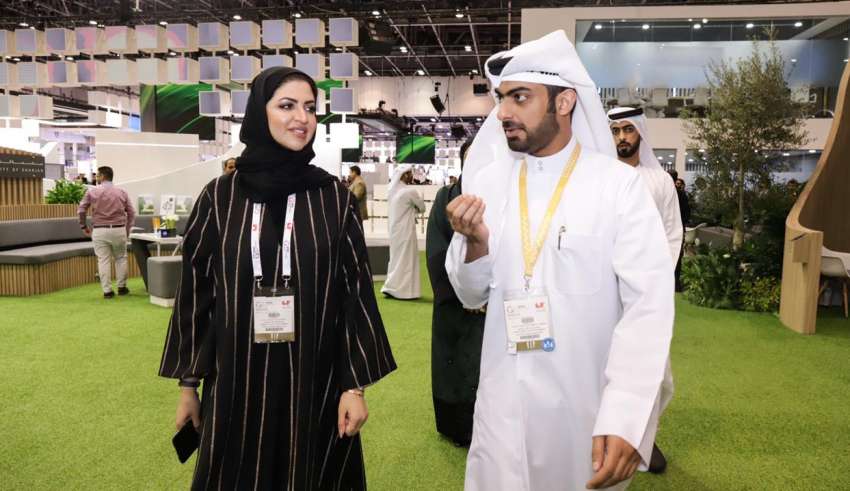 Both the Ministers also toured the Sharjah Government’s Pavilion where up to 33 Sharjah government entities are showcasing their latest innovative initiatives, reflecting the ongoing digital transformational drive in the emirate.

Dr. Aisha bintButti bin Bishr, Director General of Dubai Smart Government as she toured the Sharjah Government’s stand. They discussed ways of cementing cooperation in the field of technology transfer in order to accelerate the adoption of digital transformation by all UAE government departments with the ultimate goal of ensuring more efficiency, safety and customer happiness.

Keeping pace with the multi-faceted growth of digital transformation in the emirate, the Sharjah Government’s departments participating in the global event unveiled a range of innovative applications and services, reflecting the Sharjah Government’s strategy to stimulate creativity and innovation, and to enhance efforts aimed at optimising government work performance.

Commenting on the event, Sheikh Khalid said that the technological launches of the third day of GITEX 2019 promote the ongoing digital transformation drive initiated by the emirate, and supports growth and competitiveness across all Sharjah government’s departments and entities.

“The efforts exerted by all the emirate’s government departments inspire a positive spirit, and generate a great impact on the UAE society. In the same spirit and determination, we are moving steadily to make the UAE in general and the Emirate of Sharjah, in particular, a role model for excellence and adoption of innovation and creativity to ensure social welfare and economic wellbeing.” News Desk