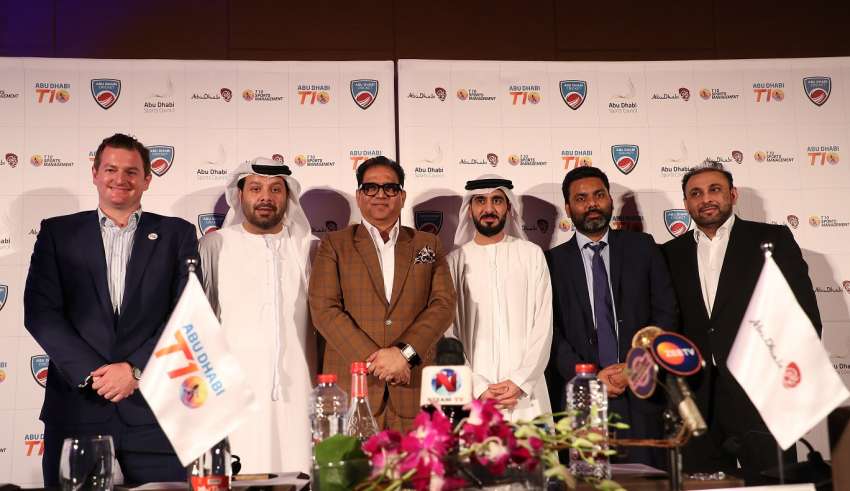 ABU DHABI: After a scintillating ICC Cricket World Cup 2019, global cricket fever is set to sweep the UAE as a sensational roster of cricket superstars prepares to take the pitch at Zayed Cricket Stadium for the Abu Dhabi T10 from November 15 to 24, 2019.

The third season of the T10 League is set to boast the most impressive collection of talent so far, headlined by several international cricket captains and newly minted World Cup heroes.

His Excellency Aref Al Awani, General Secretary of Abu Dhabi Sports Council, commented: “Up and down the Abu Dhabi T10 roster you will find world-class talent, big personalities and the best possible ambassadors of the game. We could not be happier at the timing of this partnership to bring the brightest stars in cricket to the UAE, such as Eoin Morgan.”

Eoin Morgan paid homage to the T10 league and reiterated his fondness for the format by comparing it to his England team’s recent success on the world’s highest cricket stage: “I heard from a lot of parents that this year’s (ICC Cricket World Cup) was the first one they could enjoy with their sons or daughters. Kids are discovering the joy of cricket all over again. Well, the T10 is brilliant for bringing kids and first-time fans into the stadium, where you’ve got all the stars, all the action and all the glamour you could hope for. It’s just brilliant for the future of cricket all around.”

Former West Indies Captain Darren Sammy, shared a similarly positive outlook towards the tournament and its new home: “Abu Dhabi is a fantastic choice to host the T10. There’s a mixed audience with plenty of support for cricket. Everything is top-class, so I’ve no doubt the Abu Dhabi T10 will be a smashing success,” he said.

The breakthrough 10-over format boils down all of the cricket tactics and drama into 60 balls per side and 90 minutes of action. This fan-friendly version of cricket is the brainchild of T10 Sports Management Group Founder and Chairman, Shaji Ul Mulk.

“The game is changing as evidenced by the phenomenal success of T20,” said Shaji Ul Mulk. “This recent (ICC Cricket) World Cup was also the most-watched ever. However, in order to continue to grow, it’s critical to showcase the best stars on big stages outside India, England and Australia, where it is already hugely popular.

“That’s why partnering with the Government of Abu Dhabi to host T10 on a long-term basis is a natural win-win for everybody who will now get to experience unparalleled cricket action in a truly unforgettable atmosphere.”

Abu Dhabi T10 builds on the surging popularity of the global game and is the first-ever 10-over league in the world to receive the full backing and sanction of both the International Cricket Council and the Emirates Cricket Board. The eight teams (Kerala Knights, Bengal Tigers, Northern Warriors, Pakhtoon, Deccan Gladiators, Punjabi Legends, Maratha Arabians and Rajput) are readying themselves for the Abu Dhabi T10 draft, slated for mid-September, to determine their full tournament line-ups.

Abu Dhabi Cricket CEO, Matt Boucher, noted; “We feel we’ve bolstered the capital’s glowing portfolio of world-class events by ensuring that Abu Dhabi becomes a must-see ticket on the global cricket calendar for the next five years and what this means for the growth of the sport in the region. It’s another big stride in the growth of cricket in Abu Dhabi and we’re grateful to both the Department of Culture and Tourism Abu Dhabi and the Abu Dhabi Sports Council for making this happen.”

Saeed Al Saeed, Director of Destination Marketing at the Department of Culture and Tourism – Abu Dhabi, said, “We are really looking forward to welcoming cricket fans, both those based in the UAE and those from overseas, for the Abu Dhabi T10, so they can discover for themselves what our extraordinary destination has to offer.”

Even more players and big-names will continue to be announced in the lead up to the Abu Dhabi T10 draft event, scheduled for mid-September. PR