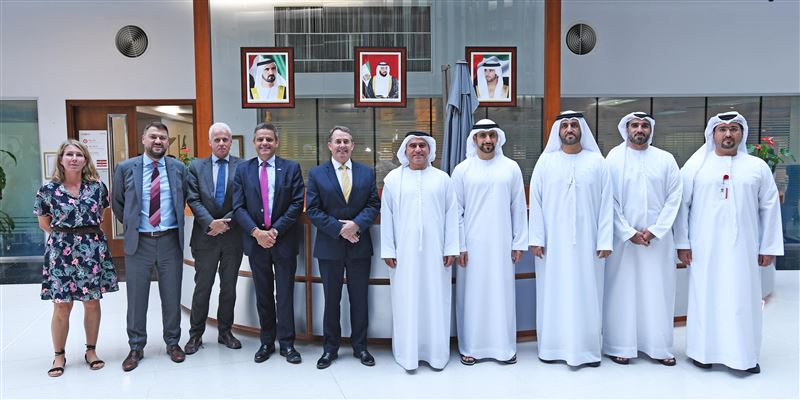 The briefing was made during a recent visit of the British Minister to the Metro Operations Control Centre (OCC) at Rashidiya Depot. The visit was in the company of Abdul Muhsen Ibrahim Younus, CEO of Rail Agency, Phil Malem, Serco Middle East CEO, Simon Penney, Her Majesty’s Trade Commissioner to Middle East, Afghanistan & Pakistan Sarah Taylor, Deputy Director Department of International Trade UAE and several other officials of the Agency and Serco.

“RTA always welcomes visits of dignitaries from all countries and is keen to broaden the scope of relations with organisations to share expertise and successful scientific models. We believe that such engagement will improve the business processes and offer us access to the top international practices,” said Younes.

“The visiting British Minister was acquainted with the roles of the Operations Control Centre at Rashidiya Depot such as coping with emergencies and faults, managing security issues, attending to service continuity, controlling the metro operation, and monitoring the metro power grid.

“He was also familiarized with the monitoring of the rolling stock, safe operation, the provision of alternative solutions during emergencies, and the operation of digital cameras along the metro lines in collaboration with the Transport Security Department in Dubai Police through a monitored CCTV,” he explained.

During the visit of Mr. Fox to the OCC in Rashidiya Depot, Hassan Al-Mutawa, Deputy Director of Rail Operation, made a presentation covering general information about the metro, timetables, technologies in use, operation control centre, three depots and Route 2020 projects for Red Line extension to the site of Expo 2020. BIZ TODAY MONITOR