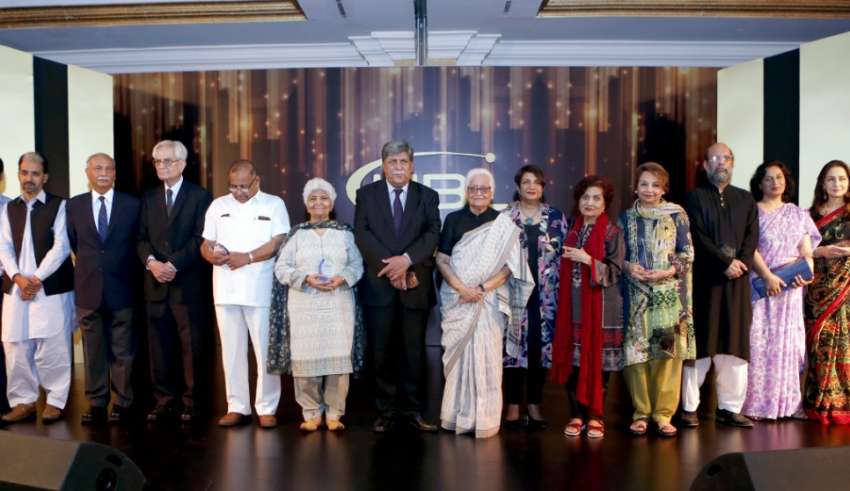 Sima Kamil, President & CEO, UBL along with the winners, judges and winners of different categories at the 8th UBL Literary Awards held in Karachi

KARACHI: The 8th UBL Literary Awards were held in Karachi recently. Celebrating the literary efforts of Pakistani writers, UBL held these awards for the eighth year running. The awards were held at a local hotel and the event was attended by a host of writers, literary & media personalities, socialites and celebrities.

Over 130 entries were received as nominations for the seven categories of the awards. The books, which were written by Pakistani authors and published in Pakistan in 2017 & 2018, were shortlisted by an esteemed panel of judges which included the likes of Dr. Asghar Nadeem Syed, Dr. Asif Farrukhi, Mr. Ghazi Salahuddin, Dr. Arfa Syeda, Ms. Kishwar Naheed, Dr. Anwaar Ahmad and Mr. Masood Ashar.

The winners from each category are:

For the first time in the history of the Awards, a Lifetime Achievement Award was also presented to Ms. Zehra Nigah for her extensive and extraordinary body of work. Sima Kamil, President & CEO UBL, during her speech, said “Pakistan is a wonderful mix of cultures, languages and ethnicities and our literary lineage is best proof of that. UBL considers it incumbent upon itself to recognize and inspire writers to continue contributing to the country’s literary wealth. We hope that the literary impetus does not slacken and that future generations continue to take advantage of these literary treasures”. News Desk