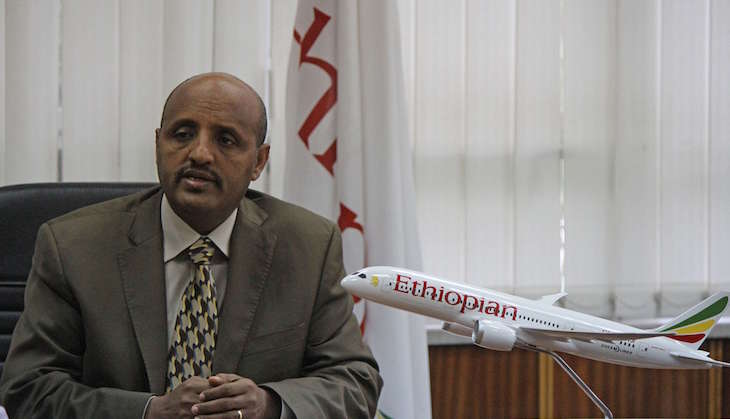 Ethiopian Airlines GCEO Re-appointed to IATA Board of Governors

ADDIS ABABA: Ethiopian Airlines, the largest Aviation Group in Africa and SKYTRAX certified Four Star Global Airline, is pleased to announce that its Group CEO Mr. Tewolde GebreMariam has been re-appointed to the IATA (International Air Transport Association) Board of Governors for a three year-term at the 75th annual general meeting held in Seoul, Republic of Korea.

The IATA Board of Governors comprises of 30 members who are elected from the world’s biggest carriers included in IATA and approved by the Assembly. The Board of Governors acts as the government of IATA and represents 290 airlines in over 120 countries, carrying 82% of the world’s air traffic. The governors are elegible to exercise an oversight and executive role on behalf of the membership as a whole in representing the interests of the association.

Mr. Tewolde, who is a titan of the industry, has received prominent awards from different organizations including “The African CEO of the Year”, “The Best African

The re-appointment of the Ethiopian Group CEO to the Board of Governors is in recognition of Ethiopian fastest and sustainable growth in general and his indispensable contribution to the development of African aviation industry in general.

Mr. Tewolde GebreMariam has also served as a member on the High-level Advisory Group on Sustainable Transport (HLAG-ST) with United Nations Secretary General Ban Ki-moon, as an Executive Committee member of the African Airlines Association (AFRAA), A Board member of the Airlink Advisory Council, A member of Board of Directors of Africa Travel Association (ATA). IATA was founded in 1945 and is headquartered in Montreal. A union of the world’s leading carriers, IАТА coordinates and represents air transport industry interests in areas such as flight safety provision, flight performance, fare policies, maintenance, and aviation security, develops and publishes international standards, provides training and consultancy, among others. News Desk