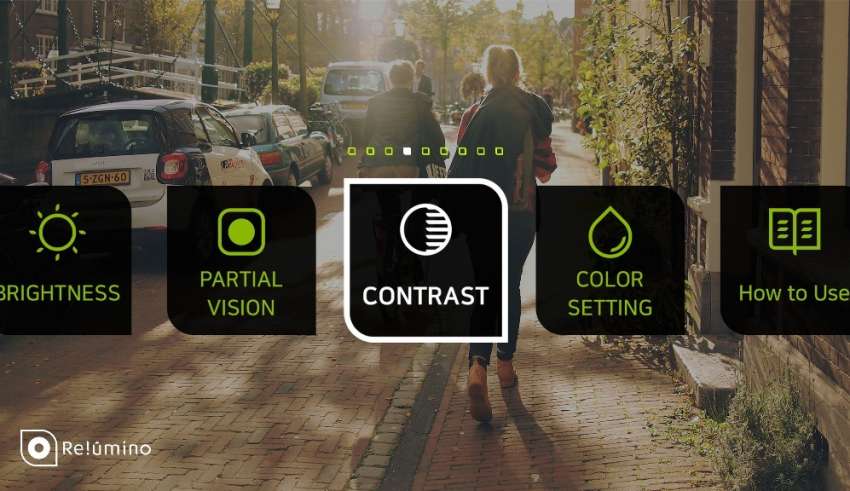 SEOUL: Samsung Electronics announced that it will launch ‘Relúmĭno,’ a visual aid application for the people with low vision.

‘Relúmĭno’ is a visual aid application that works in conjunction with the Gear VR to enhance the vision of visually impaired people. Users with newer models of Galaxy smartphones, including the Galaxy S7, S7 Edge, S8 and S8+ will be able to download ‘Relúmĭno’ for free in the Oculus Store with support for both English and Korean. ‘Relúmĭno’ does not provide support for the totally blind.

“Relúmĭno will be the life-changer for 240 million of the visually impaired people around the world and we promise a firm and continuing support,” said Jaiil Lee, Vice President and Head of Creativity & Innovation Center at Samsung Electronics.

The visual aid application processes images from videos projected through the rear camera of a smartphone and makes the images visually-impaired-friendly. More specifically, its major features include magnifying and minimizing image; highlighting the image outline; adjusting color contrast and brightness; reversing color; and screen color filtering. The end effect is that ‘Relúmĭno’ enables visually challenged people to see images clearer when they are reading a book or viewing an object.

For those suffering from a blind spot in vision or the Tunnel Vision, which is the loss of peripheral vision with retention of central vision, ‘Relúmĭno’ aids by remapping unseen images to place in visible parts of the eye. Specifically, when users set the sizes of a blind spot or tunnel vision for the first use, the application automatically places the blind point in the visible surrounding parts and puts images within the ‘tunnel’ or visible range, helping users who have a visual field defect to see things better. Unlike other visual aids with similar quality that often cost thousands of dollars, ‘Relúmĭno’ users can enjoy equivalent features at a much more affordable price.

Selected as a C-Lab project last May, Relúmĭno was first designed to help the visually impaired people enjoy daily activities such as watching TV and reading books like people with no physical handicap. The project members named its application ‘Relúmĭno’ meaning ‘Light up again’ in Latin as they wanted to help the visually impaired people feel the joy of daily activities that most people usually take for granted.

While most C-Lab projects are completed within a year, Relúmĭno will continue to carry out follow-up tasks. It plans to develop glasses-like products so that the visually impaired people can use the visual aids in their daily life without grabbing others’ attentions. In addition, the team will continuously address inconveniences that arise from the recently released application by getting users’ feedback.

Launched in December 2012, C-Lab is a startup business program that nurtures a creative corporate culture and innovative ideas among Samsung employees. The program supports projects that contribute to society like ‘Relúmĭno’ in addition to IT projects related to the Internet of Things (IoT), wearables and virtual reality.