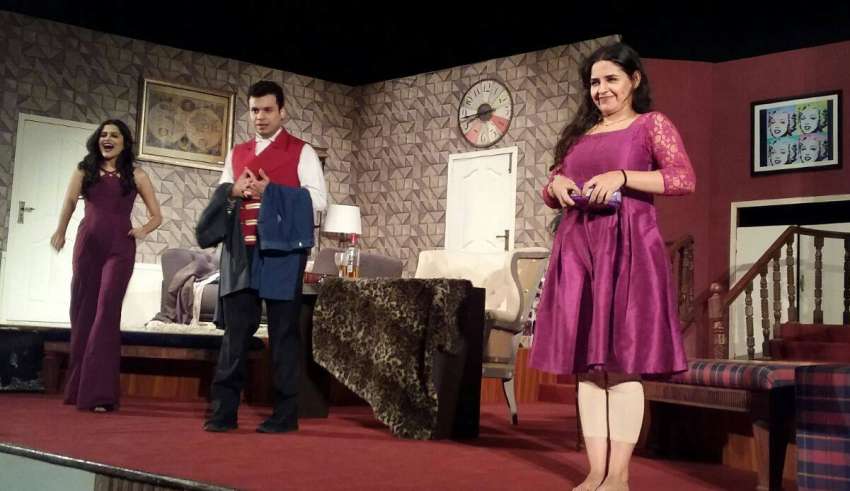 The duo of Shaan Lashari and Dawar Lashari returns to stage, with another knee slapping, rib cracking act “Date Night”. The script penned by Derek Benfield has been adapted for the Pakistani audience in the form of a musical. This hilarious rendition comes from creative acumen of the director Dawar Lashari and Shaan Lashari, who already have established themselves as renowned names in theatre scene in Lahore.

Due already has hugely successful plays such as “Boeing Boeing (2009), Bird-Cage (2010) and Date Night Lahore (2017) under their belt, and they have proven that they have the talent and experience to put up quality productions that do not compromise on the aesthetics of theatre.

Director of the show Dawar Lashari said that “Date Night is a farce which takes you through the story at a very swift pace and when I was going through the script, I decided to cut out every scene that does not move the story forward or builds towards the climax. So every scene has an important story to tell.  The movements of the characters have choreographed in such a way that they have aesthetic value as well as functionality. Three dance routines, one in first act, another in second act and one at the end, will add a quirky fun element to this play”.

All the scenes have been kept to last maximum 4 minutes and you will see multiple entries and exits a rhythm that will surprise you. The set is designed in a symmetry to three level, the lowest one being the lobby of a hotel, next level are rooms of that hotel and third level is the balcony. Rest is for you to imagine and I hope that you enjoy the show”.

Date Night has a decent story by Derek Benfield adapted well to suit our Pakistani audiences, has excellent music, is well directed, has decent dance routines with equally good choreography and has some of the best actors in Pakistani theatre.

Shaan Lashari as Ferris and Sheherzade Noor Peerzada (Vidya Balan look alike) as Helen were almost perfect on stage with not a single missing/lacking element is their performance, their acting, facial expressions (especially Sheherzade Noor Peerzada), dialogue deliveries, body language and accent were up-to the mark, although their dances could have been a bit better, but overall a very scintillating performance from these two rising stars.

Waleed Zaidi as Roger aka Mr. Smith, Shah Fahad as Geoff aka Mr. Smith and Mahnoor Khan as Sally were also good enough with theirs roles and but their performance could have been much better with with-out some over-acting, flat & expression-less faces and lousy body language at many instances.

Date Night is a musical comedy drama not be missed and is highly recommended for theatre enthusiasts. Date Night will performed every day at Karachi Arts Council at-least once (maybe more) till 27th August 2017.