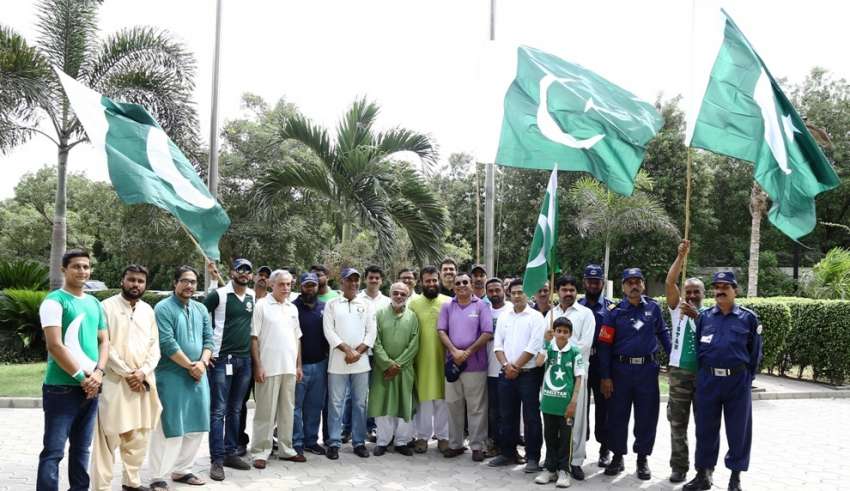 KARACHI: Meezan Bank’s team celebrated 70 years of the country’s Independence at its Head Office with great zeal. A flag hoisting ceremony was organized at the Bank’s premises on 14th August, 2017, which was attended by the Founding President & CEO of Meezan Bank – Mr. Irfan Siddiqui, senior management team of the Bank and staff stationed at Meezan House with their families.

In his short address to the audience, Mr. Irfan Siddiqui emphasized on the importance of independence and our responsibility as citizens of this nation. He thanked all the family members who participated in the event and requested to keep up with this enthusiasm all round the year. To honour the 70 years of Pakistan, a group of Meezan family members majorly comprising of the Bank’s cricket team also organized a rally from Nazimabad to Meezan House. News Desk