May 24, 2022 | 7:33 PM UTC
Home Business & Finance British Airways Flying with Confidence course helps 73-year-old take to the skies for the first time ever 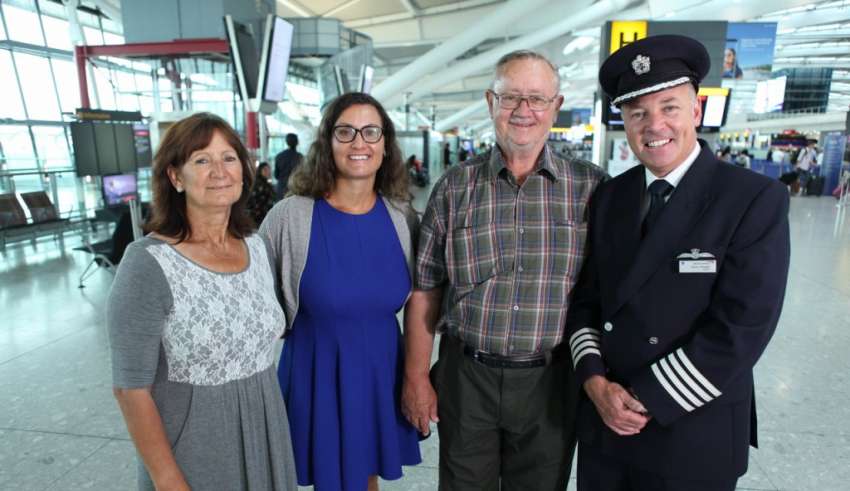 LONDON: A new British Airways video shows 73-year old Ronnie Leach, who has suffered from a lifelong fear of flying, talking shortly after his first ever flight.

In the video Mr Leach explains how, having never stepped on a plane before in his life, he was able to face his fears and fly from Johannesburg to Heathrow on a British Airways A380 super jumbo to visit his daughter who lives in London – with a little help from the airline’s Flying with Confidence course for nervous flyers.

Mr Leach, from Johannesburg, South Africa, says that after 72 years he thought he’d never be able to overcome his fear of flying.

But when his daughter, Chantel, called to say that she’d booked him on one of the airline’s courses in his hometown of Johannesburg – he made the brave decision to go for it, and hasn’t looked back, vowing to keep flying now that he’s discovered international travel.

British Airways Captain Steve Allright, said: “It’s an amazing privilege to be a part of helping determined people to achieve their goals.

“It’s very special to be able to help bring families together and reunite them with their loved ones – just like Ronnie and Chantel.

“As professional pilots we love flying and want to share that with as many people as possible.”

The British Airways Flying with Confidence course has been running for more than 30 years and has successfully helped more than 50,000 people overcome their fear of flying.

The one-day course includes sessions with highly experienced British Airways pilots explaining the technical side of flying and common concerns such as turbulence, as well as expert advice from a clinical psychologist on relaxation techniques, and managing anxiety.

The courses run throughout the year in several airport locations across the UK and the rest of the world including; Heathrow, Gatwick, Edinburgh, Glasgow, Dublin, Johannesburg and Dubai.

UK based courses include a chartered flight with a dedicated British Airways short-haul aircraft and crew. PR