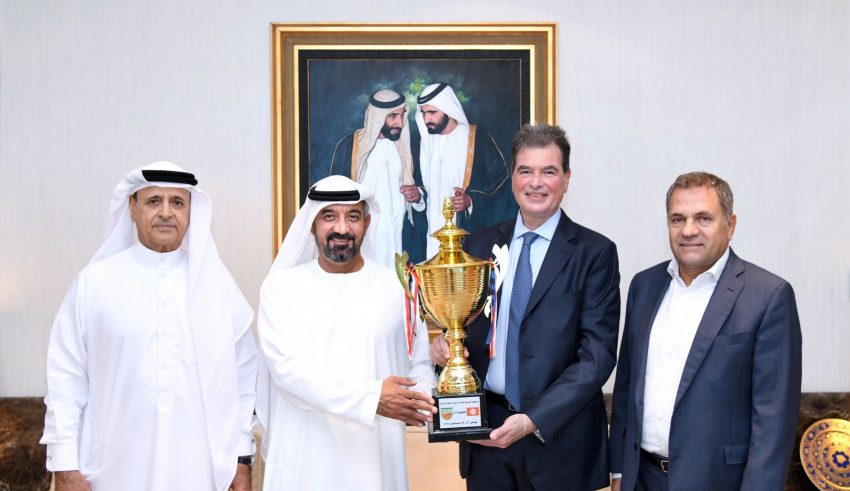 During the visit, Hakim presented the Arab Women’s Club Championship Trophy to His Highness Sheikh Ahmed. The Beirut Basketball Club were crowned champions at the 23rd Arab Women’s Club Championship. This is the club’s third consecutive win of the prestigious title. The latest developments of the sport in the region were also discussed during the visit.

Emirates has been a longstanding supporter of basketball in the region for almost 30 years, helping to connect with avid fans of the popular sport in Lebanon and the UAE, and providing a platform to highlight the best and brightest stars. The airline partnered with the UAE Basketball Association as Sponsor and Official Airline since 1991, and has also sponsored the Dubai International Basketball Championship.