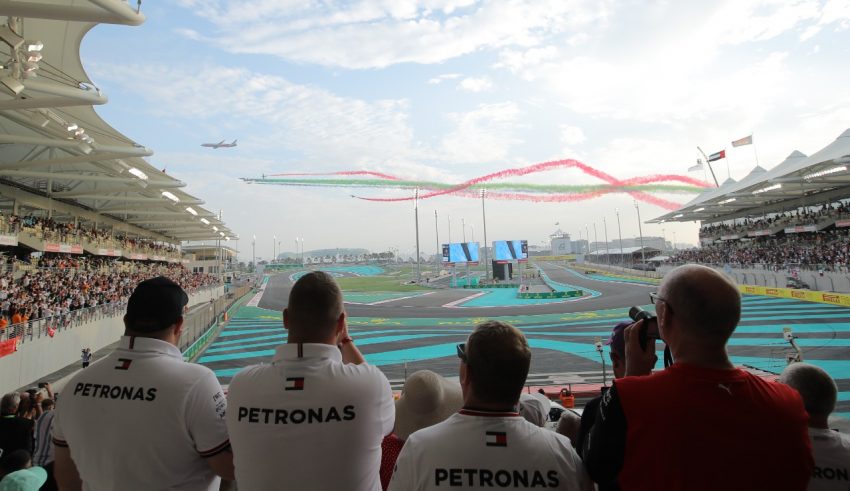 Just minutes before the final race of the season, Etihad Airways’ Boeing 787-9 aircraft, in its bespoke Formula 1-themed livery, and the aircraft of Fursan Al Emarat, performed a breathtaking show in the skies above the track, flying in close formation and displaying the colours of the UAE’s national flag.

The Abu Dhabi Grand Prix is the final race of the 2022 season, with world champion Max Verstappen and Red Bull teammate Sergio Perez both starting at the front of the grid.