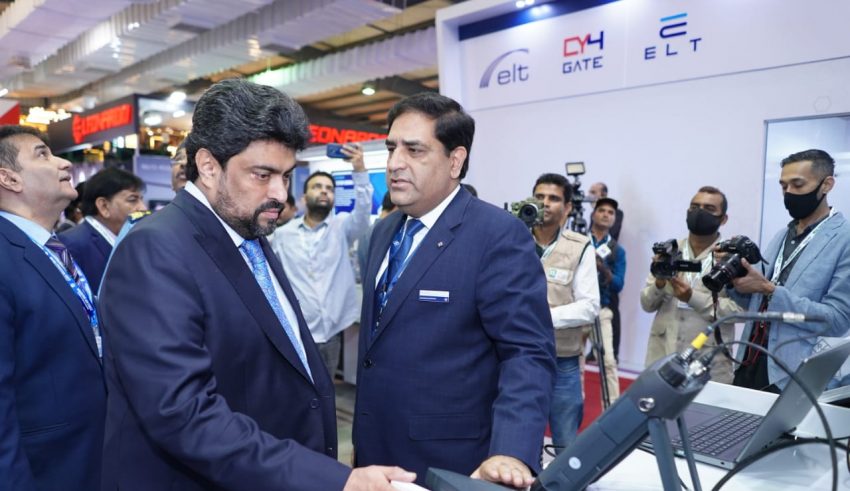 KARACHI/MUNICH: The German technology company Rohde & Schwarz, having its local presence in the country since 2005 as Rohde & Schwarz Pakistan (Private) Limited, participated in the IDEAS 2022 which has taken place from 15th November till 18th November 2018 at the Karachi Expo Center. Founded more than 80 years ago, the independent company, which is headquartered in Munich, Germany, has an extensive sales and service network with locations in more than 70 countries.

The company is famous for its quality, precision and innovation in the fields of wireless communications for the last 80 years. Rohde & Schwarz has developed the local resources in the country and have established local service centers and engineering support.

Another area of interest for the customers at the Rohde & Schwarz booth was a very advanced Radar Echo Generator from the company’s Test and Measurement portfolio. The tester can be effectively used to extensively test airborne and ground based Radars for their performance and functionality in the lab as well as in the field.
The company attracted several senior officials from the defense and private sectors as well as several foreign delegates from Middle East, Africa and Europe.

Rohde & Schwarz also received welcoming remarks from the Governor Sindh who admired the contributions made by Rohde & Schwarz in Pakistan, while visiting the Rohde & Schwarz pavilion, after the inauguration of 11th IDEAS 2022 in Karachi Expo Center.

He took keen interest in the displayed equipment at the Rohde & Schwarz pavilion. He also appreciated the products/solutions offered by the company that has strengthened the defense of the country. The company also received appreciation from the Interior Minister Sindh who was accompanied by others senior government officials.

Overall, the Rohde & Schwarz booth was one of the busiest booths in the exhibition due to its presence in the defense, government and educational sector.