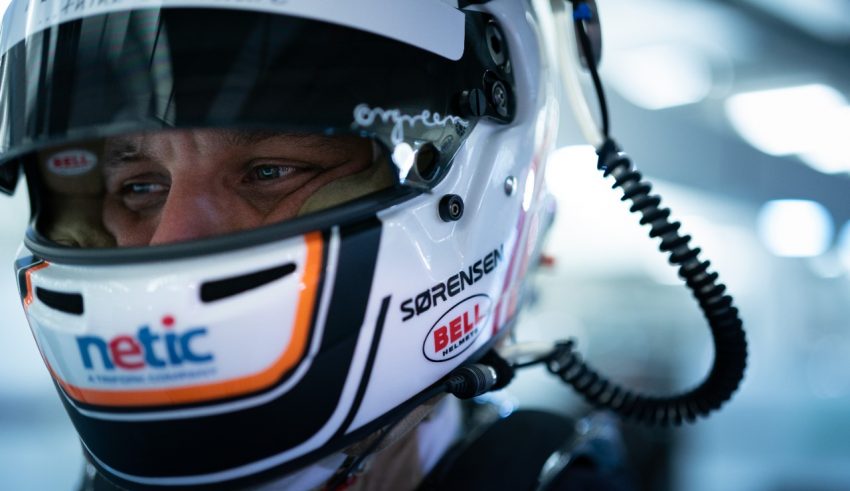 Bahrain International Circuit, Bahrain: The Aston Martin Vantage GTE is a world-beater once again after the British-built racing car clinched the FIA World Endurance Trophies for GTE Am drivers and teams at a dramatic season showdown – the BAPCO 8 Hours of Bahrain.

This latest brace of world titles caps a spectacular year for the British ultra-luxury brand in sportscar racing as Vantage, powered by a race-developed version of the four-litre, twin turbo-charged V8 engine found in the road car from which it is derived, also clinched its first overall IMSA WeatherTech SportsCar Championship in North America.

The Heart of Racing won the GTD class of the premium US endurance series last month, with Roman De Angelis in the Vantage GT3 – which also starred at the Nürburgring 24 Hours – while the Vantage GT4 won multiple titles around Europe and the USA.

Keating qualified second in class and ran a punishing triple-stint at the start of the race, meaning he achieved his minimum drive time at the earliest opportunity and provided the team with the most flexible strategy for the remainder of the race, which finished in darkness.

This proved the correct decision as the #33 trio – who lost ground thanks to a pair of unfortunately-timed Full-Course Yellow periods immediately after their first two green-flag pitstops – bounced back to finish fourth; enough to clinch the title by 23 points over the NorthWest AMR crew, who came home fifth.

It is a first FIA world title for Keating and a third for Sørensen, who has claimed all his WEC crowns with Vantage. Chaves finished third in the points – behind the #98 crew of Dalla Lana, Pittard and Thiim – as he was not part of the TF line-up at the Sebring season-opener.

After a gruelling and hard-fought season, Vantage has been the class of the field in GTE Am with three victories and eight podiums in the six rounds contested, including the Sebring 1000 miles, 24 Hours of Le Mans and the 6 Hours of Fuji.

It is the second time that Vantage crews have finished first and second in the GTE Am Drivers’ and Teams’ points and rewards TF Sport’s long pursuit of the title; the British team having finished second overall in GTE Am in each of the previous two seasons.

The result concludes a season of domination by the Vantage GTE, which is based on the four-litre, twin-turbo, front-engined road vehicle, produced at Gaydon, UK.

Fellow Aston Martin’s Partner Team, D’station Racing, finished 10th in Bahrain thanks to a consistent performance by Japanese drivers Satoshi Hoshino and Tomonobu Fujii, and British WEC rookie Charlie Fagg. The trio, who were another crew to be badly affected by the timing of the first two Full-Course Yellows, gave D’station 10th place in the end-of-season Teams’ standings.

Marco Sørensen said: “This is a fantastic achievement for all of us. There have been a lot of crucial moments across the year; Le Mans – which I’d never won before – being the biggest; one that’s very special to be able to put on your CV. When it comes to winning a world championship, you must have a group of drivers who can show pace over a whole season and a car that can help them deliver it. We’ve been consistent at most of the races and not made any bad mistakes. That’s how you win in the WEC and we’ve had an outstanding team performance all year to achieve this.”

Huw Tasker, Head of AMR Partner Racing, said: “Today is an incredible day for Aston Martin and Vantage that wraps up an extraordinary season on the racetrack. Huge congratulations to TF Sport, to Ben Keating and to Marco Sørensen on their World Endurance Championship titles and to NorthWest AMR for their success in the magnificent one-two finish in the GTE Am standings. These latest successes – which take the Vantage GTE to 11 FIA World Endurance titles since the formation of the championship in 2012 – are a testament to not only the production model from which it is derived, but also to the hard work and dedication of our Partner Teams that have worked so hard to achieve the greatest prize in endurance racing. In a year in which the Vantage GT3 has clinched the IMSA WeatherTech SportsCar Championship and the Vantage GT4 has recorded multiple titles around the world, success in WEC GTE Am is the crowning glory and a worthy testament to the performance and durability of a truly great endurance racing car.”