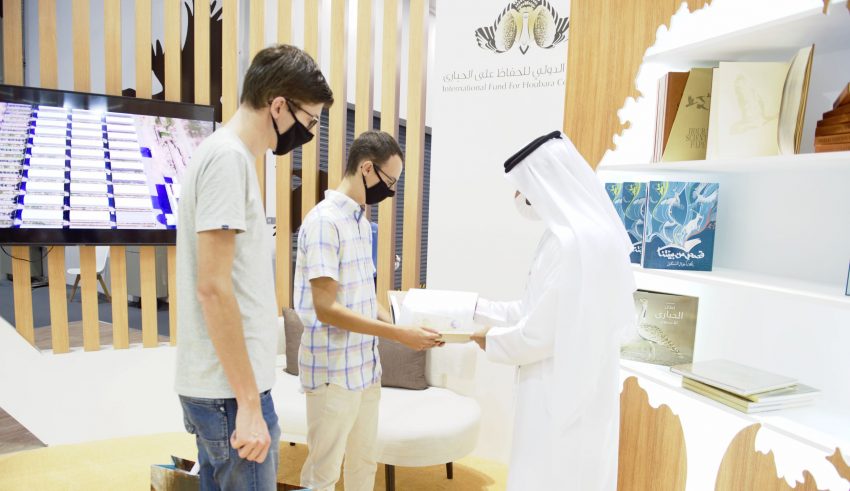 The International Fund for Houbara Conservation (IFHC), the global leader in pre-emptive species conservation, will take part in the 19th edition of Abu Dhabi International Hunting & Equestrian Exhibition (ADIHEX). Taking place from September 26 until October 2 at the Abu Dhabi National Exhibition Centre (ADNEC), the event will serve as a platform for IFHC to shape the community into becoming catalysts for change through interactive education.

Held under the patronage of His Highness Sheikh Hamdan Bin Zayed Al Nahyan, Ruler’s Representative in the Al Dhafra Region and Chairman of the Emirates Falconers’ Club, ADIHEX is the largest annual convention in the region dedicated to responsible hunting, equestrian sport, and the preservation of the UAE’s cultural heritage. Among the official sponsors of the event, IFHC aims to create awareness of the critical role the houbara plays in Arab culture and heritage.

Mohammed Al Baidani, Director General at the International Fund for Houbara Conservation, said: “On participation at ADIHEX, we demonstrate our commitment to the houbara population regeneration and conservation to preserve our heritage. We showcase our holistic, global pre-emptive species conservation programme, guided by the vision of the late Sheikh Zayed bin Sultan Al Nahyan, the founding father of the UAE. He recognised the need for action to increase the number of houbara birds in the wild. Through our proactive intervention, we envision having sustainable numbers of the symbolical species, classified as vulnerable by the International Union for the Conservation of Nature. Conserving the houbara is crucial in safeguarding the traditional art of falconry, recognised by UNESCO as an Intangible Cultural Heritage of Humanity.

In line with the event’s theme, “Sustainability and Heritage…A Reborn Aspiration,” the IFHC’s  stand in Hall 8, A02 at ADNEC will guide visitors through a series of stations where they can gain a deeper understanding of the UAE’s conservation efforts and its positive impact on the planet’s sustainable future. Aiming to attract existing and new audiences such as falconers, conservationists, educational institutions, and students, as well as general members of the public, the stand will showcase new and exciting innovative developments in IFHC breeding and conservation effort programmes and updates on scientific advances. The stations will function as an interactive library to showcase the organisation’s ecology work through published manuscripts, the display of technological equipment, and the opportunity for visitors to engage with an Emirati ecologist — bringing attention to the vital conservation efforts initiated by the Sheikh Zayed Falcon release programme.

Throughout the seven-day event, visitors to the IFHC stand can enjoy fun edutainment activities. Live houbara bustards will take centre stage for children and adults to get to know the unique species as they take a closer look at its beautiful feathers and speckled body, allowing them to camouflage in their natural habitat. Families are encouraged to bring their children along and take part in amusing educational games that will pique the curiosity of their little ones about the houbara habitat and food preferences. Kids of all ages can participate in learning more about the unique birds through engaging storytelling sessions, then bring their own learning into the process by creating paper animals while honing their paper folding skills at the Origami workshops. Experts and student ambassadors will conduct all the workshops and other learning activities.