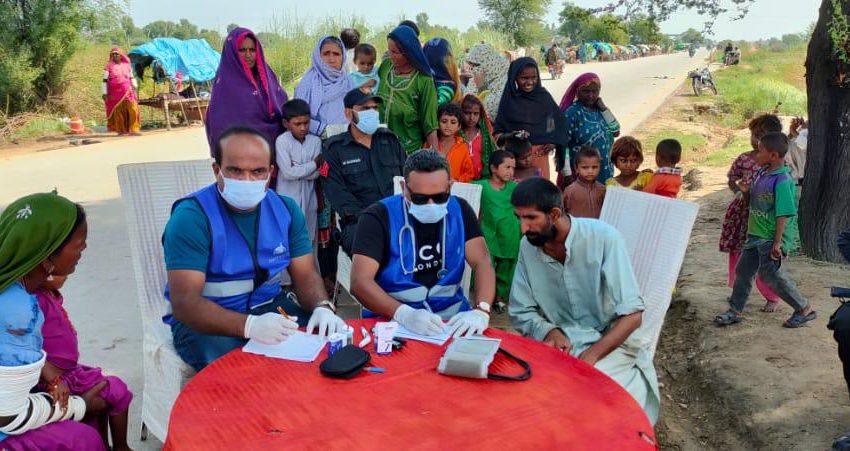 Italian Friends of The Citizens Foundation, Community of Sant’Egidio, Yunus Brothers Group (YBG), South City Hospital, and Paramount Books come together to raise funds under the aegis of the Consulate of Italy in Karachi to help the flood-affected communities in Pakistan.

Severe flooding brought on by unusually heavy rains has caused great havoc in Pakistan. The United Nations estimates 30 million people have been uprooted and have lost or are in danger of losing their means of support due to the climatic catastrophe. Moreover, the flooding has damaged the school communities in all provinces, particularly in Sindh and Balochistan. Numerous schools are under water or are being used as shelters by the displaced families. Food shortages, starvation, and waterborne illnesses have followed the floods, traumatizing the already distressed population.

The Italian diplomatic missions in Pakistan have therefore immediately taken action with the Italian Government and, at the same time, made an appeal for prompt humanitarian help and aid for future recovery. Under the patronage of the Consulate of Italy in Karachi, Italian Friends of The Citizens Foundation, Community of Sant’Egidio, Yunus Brothers Group (YBG), South City Hospital, and Paramount Books swiftly responded to this appeal and are currently organizing and distributing funds, medicines, and basic sustenance supplies to deal with the emergency now and later assist with the reconstruction. TCF Pakistan is also providing one million meals to families who have lost all means of surviving. Additionally, they will help 5,000 families rebuild their houses after the storm’s waters have subsided.