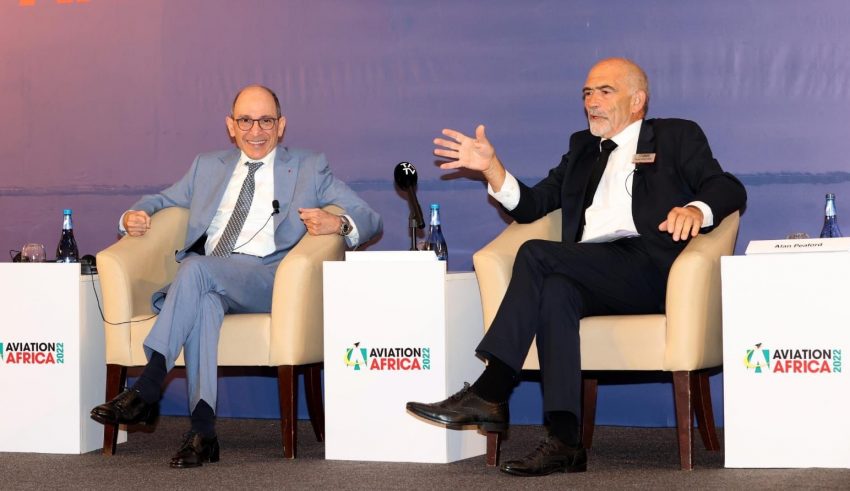 Qatar Airways Group CEO, His Excellency Mr. Akbar Al Baker addressed the attendees of the Aviation Africa Summit in Kigali, Rwanda, highlighting the airline’s present and future in Africa, including topics such as commitment to network expansion, recruitment and sustainability. His Excellency the President of the Republic of Rwanda, Mr. Paul Kagame was also present at the event.

Qatar Airways is underscoring its support of commercial aviation in Africa with a robust recruitment drive to supplement the almost 3,000 personnel from Africa already working with the airline. Africa, Southeast Asia and South Asia are the aviation markets expected to grow the fastest in the coming years.

The recruitment drive from Africa fortifies the airline’s expansion strategy on the continent where there are currently hundreds of vacancies, ranging from cabin-crew and cabin services, cargo and airport operations, customer services, engineering, and flight operations. This provides opportunity for an exciting and fulfilling career with one of the world’s fastest growing airlines and help drive aviation’s role as a driver of global development.

During his speech at the Africa Aviation Summit in Kigali, Rwanda, Qatar Airways Group CEO, His Excellency Mr. Akbar Al Baker said “We are well-positioned to capitalise on that growth, having committed to continue flying in Africa throughout the Covid-19 pandemic, and expanding our operations since then. We will ensure aviation plays a major role in connecting Africa, promoting its social, economic and political integration and boosting intra-Africa trade and tourism.”

He adds, “We need to build Africa’s human resources capacity and continue investing in the aviation workforce. Additionally, we recognise the need to encourage women to succeed and excel at all levels of the industry and for aviation to better reflect the public that we serve.” H.E. Mr. Al Baker continued to touch upon importance of focusing on sustainable aviation for the coming years.

Since the start of the pandemic, Qatar Airways has resumed four destinations in Africa with Alexandria, Cairo, Khartoum, and Luxor, and added eight new destinations with Abidjan, Abuja, Accra, Harare, Kano, Luanda, Lusaka and Port Harcourt joining the current network of a total of 30 destinations in the continent.

The award-winning airline also saw a surge in cargo between January and July of this year, as Qatar Airways Cargo uplifted more than 48.5 million kgs in chargeable weight. More than 80% of cargo the airline exports from Africa comprises perishables such as cut flowers, fruit, vegetables and meat, helping to drive socioeconomic growth in Africa and delivering much-needed foreign exchange.

Those benefits to growth are underpinned by a strong focus on social responsibility: Qatar’s WeQare programme already has a robust record of delivery two years since inception. For more information about the programme, please visit https://www.qrcargo.com/s/company/corporate-social-responsibility

H.E. Mr. Al Baker ended his speech wishing the best of luck to all African countries participating in the FIFA World Cup this year taking place in Doha, Qatar. As FIFA’s Official Airline Partner since 2017, Qatar Airways has sponsored mega events including the 2019 and 2020 editions of the FIFA Club World Cup™, and the FIFA Arab Cup™, all of which were hosted in Qatar. The airline is eagerly anticipating the upcoming FIFA World Cup Qatar 2022™ – the first in the Middle East.