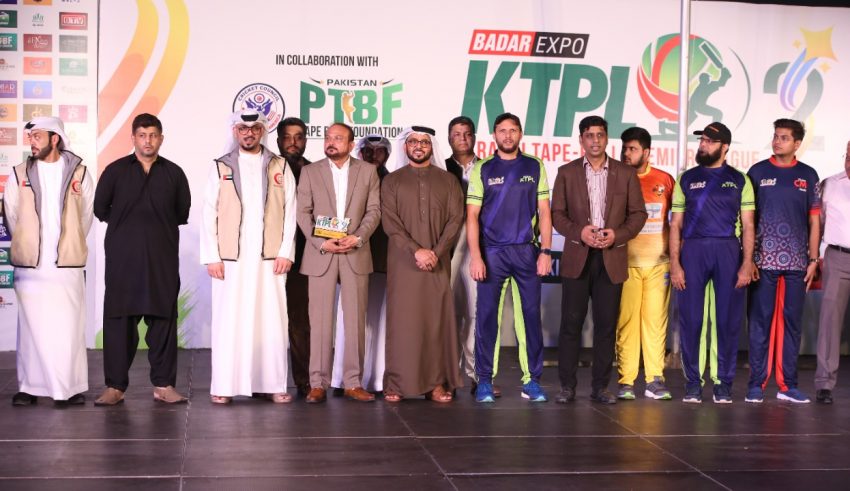 The match was part of the Karachi Tapeball Premier League (season 2). Captain of CM XI Shahid Afridi was the chief guest at the opening ceremony. “I am feeling great for being here today for a noble cause. I am very happy that a charity match was organized for flood relief programe,” said Afridi.

“I started my cricket career from this ground. This league is a very good platform for our tape ball cricketers.,” said Afridi.

Former test cricketer Haroon Rasheed said that they wanted to give a structure to tapeball cricket.   “So we launched this league and today its second season is being held. Our franchises did quite well and we are hopeful that this league will benefit this form of cricket,” said Haroon.

He added that they have plans to organizer world cup of tape ball in future and this is going to happen with the support of big cricketers like Javed Miandad and Shahid Afridi.   Managing Director Badar Expo Soultions Zohair Naseer, who is the organizer of this league, said that this idea was difficult to materialize.

“We had many challenges in the first season. But finally we managed to make it a reality and today it has become a big league in the country,” said Zohair.

Later, a match between Clifton Ghazi and North Nawab was played which was won by Clifton Ghazi.   Two matches are scheduled on Saturday between Johar Jawans against Gulshan Gohars and Lyari Legends against Malir Malangs.