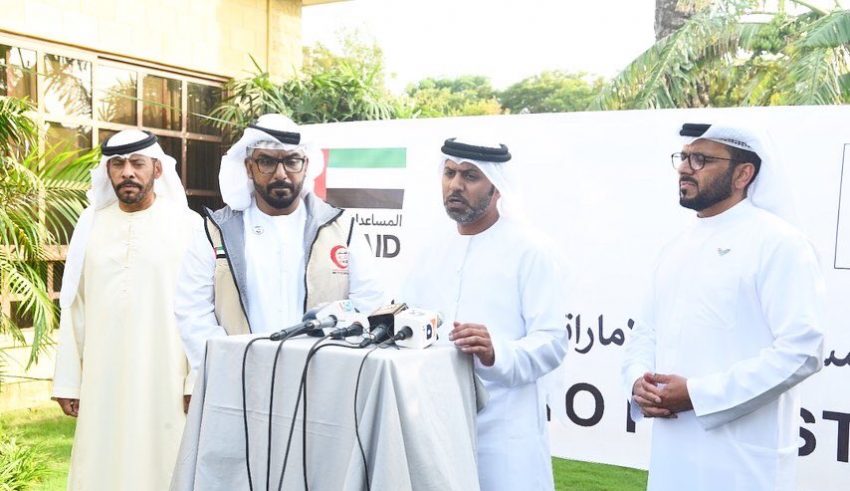 H.E Hamad Obaid Alzaabi, United Arab Emirates Ambassador to Islamabad, has said that on September 10, a fundraising campaign will be launched in the states of Abu Dhabi, Dubai and Sharjah to help the flood victims Pakistan.

Addressing a press conference here om Tuesday along with United Arab Emirates Consul General in Karachi H.E. Bakheet Ateeq Al-Romaithi and the head of the Emirates Red Crescent Hamoud Al Junaibi, the ambassador said that the first batch of relief goods, consisting of 17 containers, from the United Arab Emirates is arriving in Karachi on 8th September (Today), which includes 0.1 million food packets.

H.E Hamad Obaid Alzaabi said that he is with Pakistan in this hour of difficulty. “The UAE and the Red Cross have stood by Pakistan since day one.” It should be noted that earlier, the UAE Ambassador along with Consul General Karachi and Emirati Red Crescent chief had visited the flood-affected areas and also met Sindh Chief Minister Murad Ali Shah.