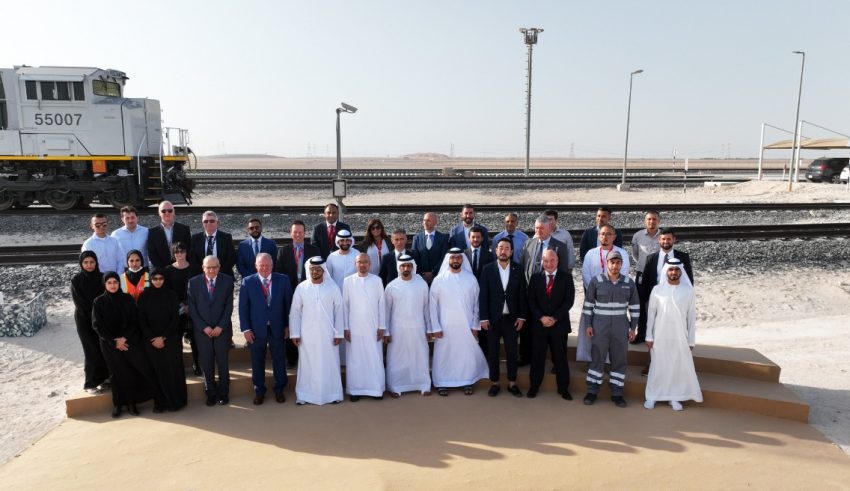 Etihad Rail, the developer and operator of the UAE National Rail Network, has achieved a new milestone in the development of the National Rail Network, with the arrival of first batches of the company’s new and advanced rolling stock fleet. The locomotives and wagons, which reached the UAE via Zayed and Al Musaffah Ports, will operate across the whole network upon its completion.

The achievement was announced during an event, which was organised by Etihad Rail at Al Mirfa city in the Al Dhafrah region in Abu Dhabi, to unveil the new fleet of locomotives and wagons. The event was attended by His Excellency Shadi Malak, Chief Executive Officer at Etihad Rail, alongside Marty Haycraft – President and CEO at Progress Rail and Henry Pang, Executive Director – MENA at CRRC, in addition to a number of senior officials from all sides.

The achievement comes in line with Etihad Rail’s efforts to achieve the objectives of the UAE Railways Programme, the largest land transport system of its kind in the UAE, which was launched as part of the Projects of the 50, the largest set of national strategic projects that seek to set up a new phase of development across UAE for the next fifty years. The UAE Railways Programme aims to set a new roadmap for transporting goods and passengers via train across the country, which will contribute to developing a sustainable land transport system that connects the cities of the UAE via railways.

The first batches have arrived in the UAE through Zayed and Al Musaffah Ports, which comes as part of Etihad Rail’s commitment to expanding its fleet of trains to serve the entire network. The Company will increase its fleet of heavy freight locomotives to 45 heavy transport locomotives, which is equivalent to 6 times of its current fleet. Progress Rail, a Caterpillar company of America and one of the world’s largest manufacturers of diesel and electric locomotives, will handle the manufacturing and supply of the new EMD® SD70 electro-motive diesel locomotives.

The Company has increased the size of its wagons, with the new fleet aiming to house more than 1,000 multi-purpose wagons, 3 times of its current fleet. China’s CRRC Group, one of the world’s leading providers of sustainable development solutions of the railway industry, will handle handling the manufacturing and supply the new fleet of wagons