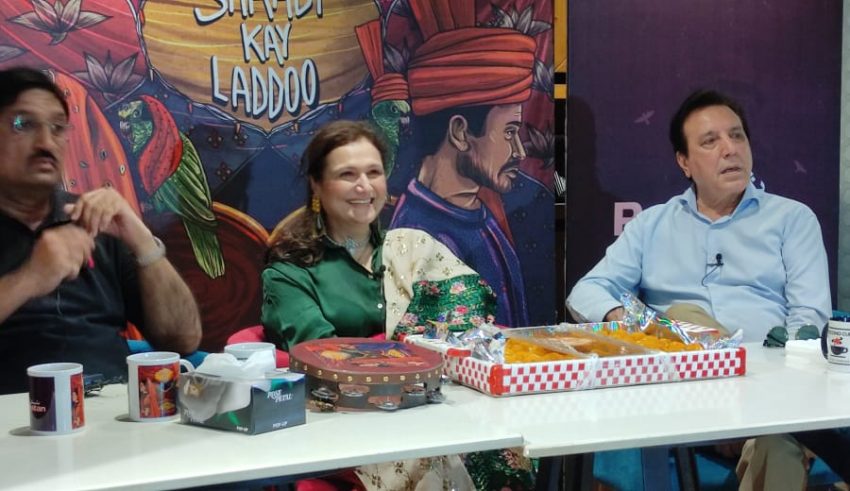 The press conference officially commenced with a red carpet, followed by the national anthem. The event began with an exclusive introductory presentation by Huma Nasr, CEO and Founder Shaan-e-Pakistan (Pvt.) Ltd after which she officially announced the show “Shaadi Kay Laddoo” 2022 and revealed that it will be broadcast on TV channels nationwide and internationally.

Speaking on the occasion, Nasr said, “I am pleased to announce the great TV Show “Shaadi Kay Laddoo”. Weddings are always popular around the world, more so in Pakistan. Designing content for television which focuses on the wedding season with its various aspects highlighted not just through discussions, but mehndi dances and even comedy acts can bring spice to the wedding season and create great traffic for the masses. We definitely feel that TV channels are for the masses and this particular content is especially for them. Our discussions are meant to strengthen relationships between spouses, inculcate a positive approach and of course, improve our community as a whole.”

Nasr added “We have enjoyed great support from the industry – whether fashion, music, art or food — in the past as well, which believes in our vision and ability to act as international connectors. Many brands such as Poet, Coca-Cola, Lipton, EBM, Nova Colors, Zee Foundation, Malka foods, Hemani, Saad Ahsan Immigration, and Koel have been part of our numerous collaborations. We have also had many celebrities as an integral part of our events — like the legendary Javed Sheikh sahib, Mian Salauddin sahib, Kamran Lashari sahib, Noor Jehan Bilgrami, and Saqib Malik — and major publications, influencers, brand ambassadors and CEOs have supported the vision behind Shaan-e-Pakistan. TOGETHER WE GROW is our vision. We welcome brands to make this show more successful and are thankful to the Second Cup for being our hospitality partner today.”

Nasr also invited individuals and organizations to donate to her cause of SHAADI BACHAO — a support group which will collaborate with mental health organization experts to focus on SHAADI BACHAO PROGRAMME. This will be an Exclusive Edition Session within the show. The proceeds from it will go to deserving people.