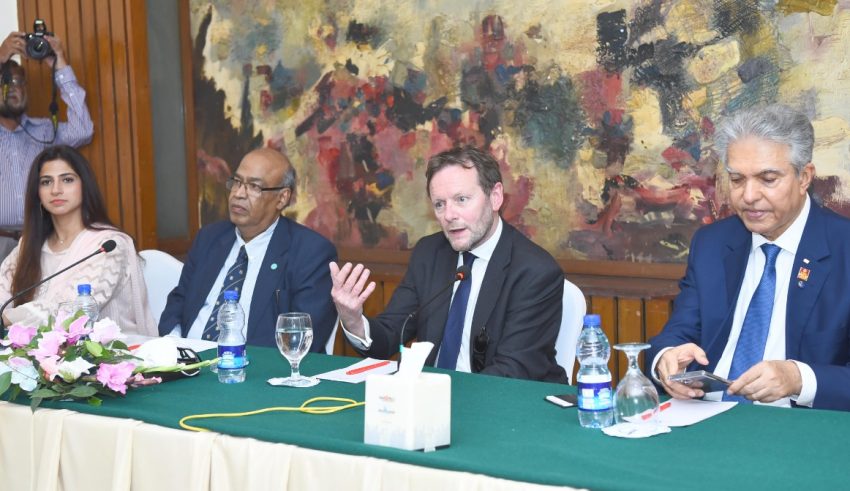 The English Speaking Union of Pakistan (ESUP) has entered into an agreement with Queen Mary University of London, one of the UK’s oldest universities. As part of this, Professor Colin Grant, Vice-President for International Affairs at Queen Mary, is making a maiden visit to Karachi, Pakistan.

An extensive programme has been planned by ESUP. Professor Grant will visit premier educational institutions in Karachi, call on Government officials, visit and meet with the British Deputy High Commissioner and the British Council and address ESUP members, Rotary Club of Karachi members and members of the diplomatic Corps of Karachi, as well as city notables. A meeting is also planned with Queen Mary alumni.

The English Speaking Union (ESU) of the United Kingdom is a 100-year old global organisation, bringing people of different countries and cultures together through the use of the English Language. The ESU Pakistan (ESUP) was formed as a local chapter in 1961, pursuing the aim and objectives of ESU by fostering cultural links between people of different nationalities and promoting international friendship and understanding. Its membership has prominent individuals covering diverse sectors including education, journalism, business, industry and features well-known personalities who have served as ambassadors, bureaucrats and in the defence services of Pakistan.

Queen Mary University of London is committed to improving social justice and improving lives through academic excellence and has a longstanding commitment to Pakistan. Queen Mary has a longstanding commitment to Pakistan. It was among the first UK universities to establish personnel in Pakistan, creating an in-country post in 2005. It is also the number one recruiter from Pakistan in the prestigious Russell Group of UK universities, with more than 2,500 Pakistani students having studied at Queen Mary in the past five years.

ESUP in its efforts to forge links with its affiliates worldwide has therefore invited Professor Grant from the United Kingdom. Queen Mary’s work within Pakistan is helping to address some of the key challenges facing the region today including partnership to promote gender equality, public health, research, languages, arts and sciences.