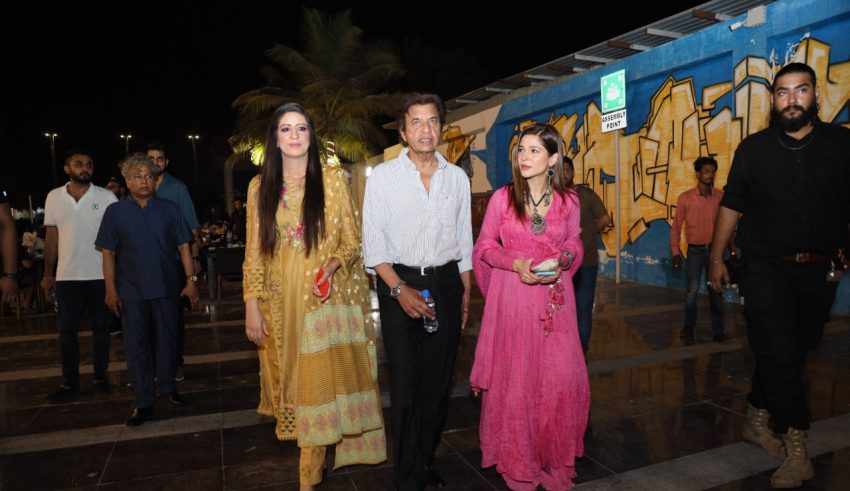 The cast of Rehbra, the much-awaited film scheduled for release on June 24 visited LuckyOne Mall today for their film promotions. Ayesha Omar, Ghulam Mohyuddin and Saira Afzal, the producer of the film interacted with the mammoth crowd present and took out selfies with them. Rehbra’s engrossing trailer was shown repeatedly for all to see.

The hosts of the evening, Anushae Ashraf and Dino quizzed the cast and crew present and everyone had a fun time together. A huge 10-tier, 5-year birthday cake celebrating the mall’s fifth birthday was also cut by Rehbra’s cast and crew and the management of the mall.

Presented by SA Entertainment and distributed by Mandviwalla Entertainment, The PR of the movie is being handled by STARLINKS PR & Events.