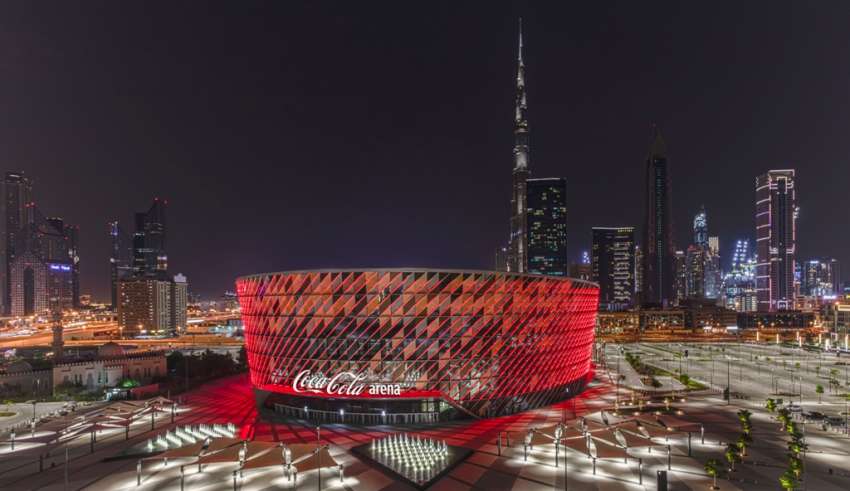 Connect with friends and family and enjoy a host of live music and entertainment over the Eid in Dubai – Al Fitr holiday with an exciting array of artists and performers, presented by Dubai Festivals and Retail Establishment (DFRE). From Steve Aoki to Shreya Ghoshal, the lineup features favourites from a variety of genres and cultures for the ultimate concert experience this Eid.

Beloved Saudi singer, composer and actor Abdul Majeed Abdullah will take over the stage at Coca-Cola Arena for an exciting show, presented by Rotana. The singer was decorated with a star on the Dubai Walk of Fame, and has performed at various music festivals through the years. Tickets are sold out.

Enjoy an amazing performance by the Grammy-nominated music producer, Steve Aoki and Billboard award winning Dutch DJ Afrojack, in a heart-thumping, back to back set. Tickets can be booked online at the website.

Shreya Goshal, also known as the nightingale, will deliver a stunning performance on the Coca-Cola arena stage. Purchase tickets online prior to the concert to be able to hear the leading lady of Bollywood live and in person.

UK sensation Conor Maynard and British-Pakistani pop star Zack Knight combine for the very first time here in Dubai, to deliver an unforgettable pop concert during the Eid celebrations. Tickets can be purchased from the Coca-Cola Arena website.

Embrace live Arabic tunes at the large outdoor stage at Dubai Festival City Mall, with a performance from two beloved Arabic singers Nassif Zeytoun and Rahma Riad. Tickets to hear this duo live can be bought online prior to the concert.

Don’t miss the Ghazal maestro, Pankaj Udhas with his nostalgic rendition of ghazals – poetic expressions paired with musical symphonies, from the past 40 years, alongside an orchestra of 15 skilled musicians. Book online now to hear the ‘velvet voice of India’ live, presented by Blu Blood.

For more information, visit @Dubai_Calendar and @CelebrateDubai on social media channels and start making plans for the whole family to enjoy Eid Al Fitr in Dubai at www.visitdubai.com.