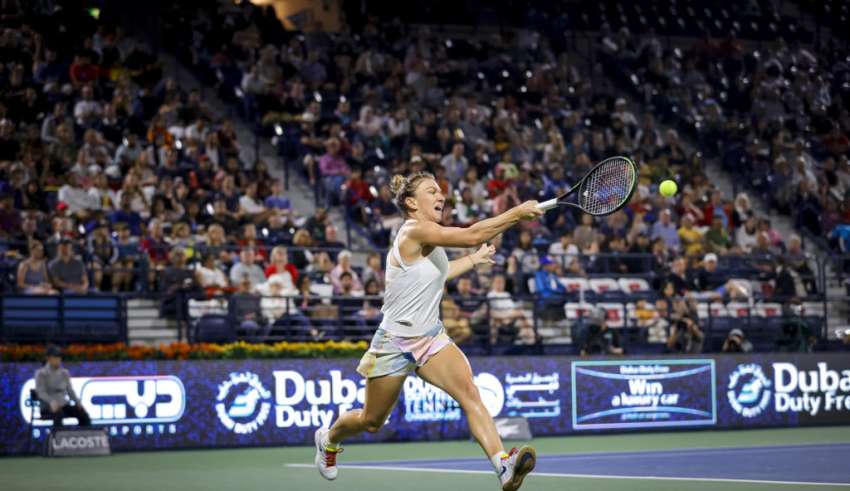 An incredible nine of the world’s top 10 and 17 of the top 20 women players will compete for the prestigious Dubai Duty Free Tennis Championships trophy next month, with no less than five Dubai winners seeking to lift the trophy once again.

Following what is certain to be a thrilling week of women’s action; the tournament will then celebrate the 30th anniversary of the ATP Tour event featuring many more star names.

“We are immensely proud to have hosted so many of the very best players in the world at the Dubai Duty Free Tennis Championships, and every year the tournament has witnessed fantastic entertainment and great drama,” said Colm McLoughlin, Executive Vice Chairman and CEO of Dubai Duty Free. “Competition has always been fierce and this year will be no different with the world’s best women’s players returning to Dubai once again. We are also looking forward to an equally exciting 30th anniversary year of the men’s tournament in which competition is certain to be as strong as ever.”

In the women’s tournament, reigning champion Garbine Muguruza, two-time winners Simona Halep and Elina Svitolina, 2013 champion Petra Kvitova and 2019 winner Belinda Bencic will all be hoping to repeat their success, but they face a formidable challenge against one of the strongest fields assembled outside of the four Grand Slams.

Among the top contenders bidding for their first Dubai title will be 2021 Wimbledon and US Open semi-finalist Aryna Sabalenka, who after winning in Doha in 2020 and Abu Dhabi in 2021 will be hoping to claim a Middle East treble. Another will be Barbora Krejcikova, who won the WTA Most Improved Player of The Year award after her run to the 2021 Dubai final inspired her to win her maiden Grand Slam title at the French Open and further titles in Strasbourg and Prague, before she continued her success in 2022 with a recent appearance in the Sydney final.

Former Dubai runner-up Karolina Pliskova went all the way to the Wimbledon, Rome and Montreal finals in 2021, and she will clearly be someone to watch. Another is Paula Badosa, who will be making her Dubai debut in 2021 winning Indian Wells and Belgrade and reaching the semi-finals of the WTA Finals, and she already has a 2022 title to her name after she won in Sydney.

Further star names include Iga Swiatek, who by winning the 2020 French Open became the youngest singles champion at the tournament since Rafael Nadal in 2005, and the youngest women’s singles champion there since Monica Seles in 1992. Maria Sakkari has emerged as one of the world’s best by reaching the semi-finals of the French and US Opens and at the WTA Finals in 2021, and everyone will be wary of 2021 WTA Finals runner-up Anett Kontaveit, who last season celebrated victories over Dubai winners Simona Halep, Garbine Muguruza, Petra Kvitova and Belinda Bencic.

Many will cheer on Ons Jabeur, the highest ranked Arab player in WTA and ATP Tour history who in 2021 also enjoyed victories over Dubai champions Garbine Muguruza and Venus Williams at Wimbledon and Elina Svitolina in Chicago. And many eyes will also be on rising star Cori Gauff, who last season not only reached the quarter-finals of the French Open and the semi-finals in Rome, but won the Emilia-Romagna Open in Palma where she became the youngest player to win both the singles and doubles titles at an event since 2004 when Maria Sharapova won both titles in Birmingham.

“The Dubai Duty Free Tennis Championships has once again attracted an incredible field of women players which is second to none,” said Tournament Director Salah Tahlak. “Despite so many of the game’s very top names competing, success is never guaranteed and over the years many hopeful contenders have sprung a surprise and produced some stunning and unexpected upsets. With this year’s entries stronger than ever, we look forward to not only to finding who will emerge as our winner from such a star-studded WTA field, but also seeing who will become our 30th year ATP champion.”

Following the WTA event the ATP tournament celebrations begin, with another star-studded line-up soon to be announced by organisers Dubai Duty Free.

Tickets for the magnificent tennis extravaganza will go on sale online on 27th January 2022 at 9:00am at www.dubaidutyfreetennischampionships.com. Prices start at AED 55, and tickets will also be available at the Dubai Duty Free Tennis Stadium Box Office from 8th February. Restrictions will apply, so buy your tickets early.

The tournament begins with the 22nd year of the WTA event, which takes place between 14th and 19th February, and then continues between 21st and 26th February with the 30th anniversary staging of the ATP Tour 500 tournament.