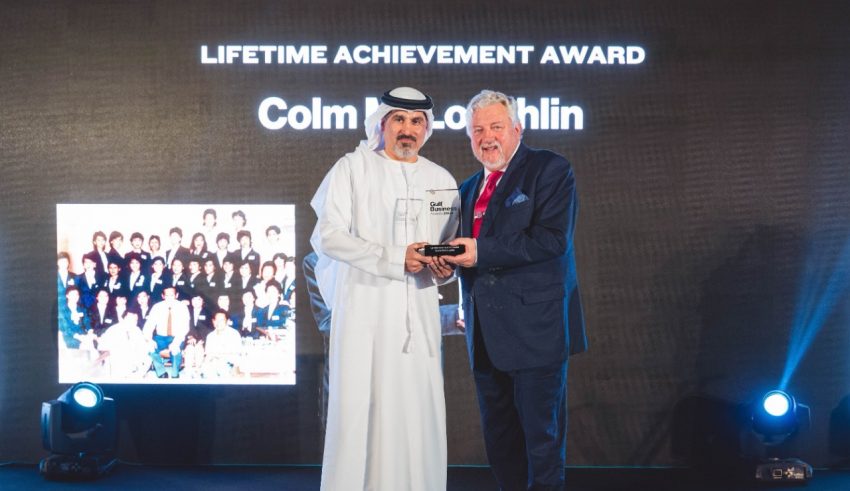 Organised by Motivate Publishing, the annual Gulf Business Awards recognise the most successful companies and industry leaders across different sectors in the GCC.  The special recognition acknowledged McLoughlin for his outstanding contribution to the travel retail industry and his strong leadership of Dubai Duty Free since 1983.

Commenting on the award McLoughlin said, “I am thrilled and delighted that I have been selected to receive this special award. I attribute it absolutely and totally to our team of staff and the effort they make in making our business successful and, of course, to our Chairman HH Sheikh Ahmed bin Saeed Al Maktoum, who was also honoured with the same award in 2017.”

Special awards recognising the Sustainability Company of the Year, SME of the Year, Disruptor and Businesswoman of the Year were also presented during the night.

The awards were adjudged by the Gulf Business team and special independent judging panel that included well-known industry and business leaders.