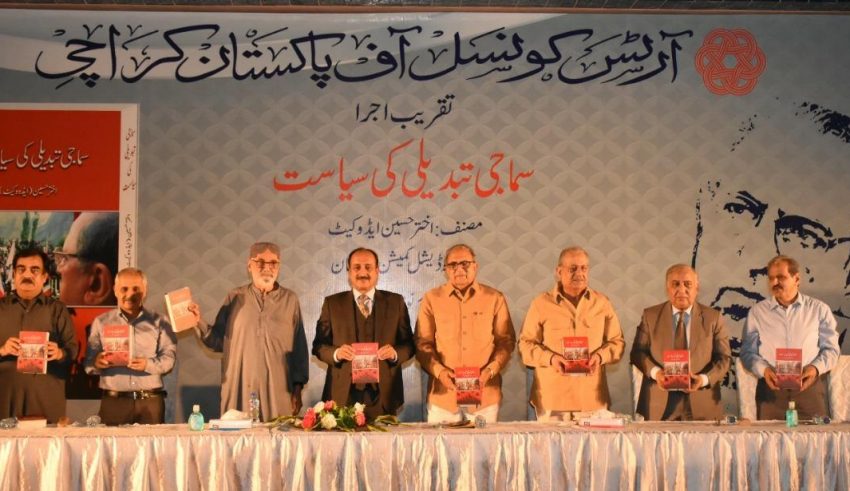 Many faces and classes are and will remain associated with the elite, Pakistan was based on federalism, Pakistan had to have a parliamentary democracy, unfortunately, presidential system and then dictatorship came, there was to be provincial autonomy Here, those who take the name of provincial sovereignty have been branded as traitors. We are all guilty throughout this history. Until we admit it, this game will continue. These views were expressed by former Senate Chairman Raza Rabbani speaking at the launch of the book “Samaji Tabdeeli Ki Siyasat” by author Akhtar Hussain Advocate in Karachi, who said that Pakistan is a land of people of different cultures and religions.

We all have to fight together, four systems of justice are running here, if you belong to the elite then the law will be different for you, if you are rich and influential then the decision is yours, today an ordinary citizen and laborer do not consider himself a part of the state, the state has become a stepmother for him. “Akhtar Hussain has written a very powerful book, the book highlights the policy of this country and the book identifies those who violate the rights of workers, identifies contradictions, and offers solutions.

We are an emotional nation even though we are ideological. We have to look at every statement consistently. All political parties have to be united on at least some agents” said President Supreme Court Bar Advocate Ahsan Bhoon. Senior journalist Mazhar Abbas said that some of the topics in this book are very important. He pointed out that extremism was taking root in Pakistan.

On the occasion, Dr. Riyaz Sheikh, Yousuf Musti Khan, and Dr Jaffer Ahmed expressed their views while the event was moderated by Dr. Ayub Sheikh.