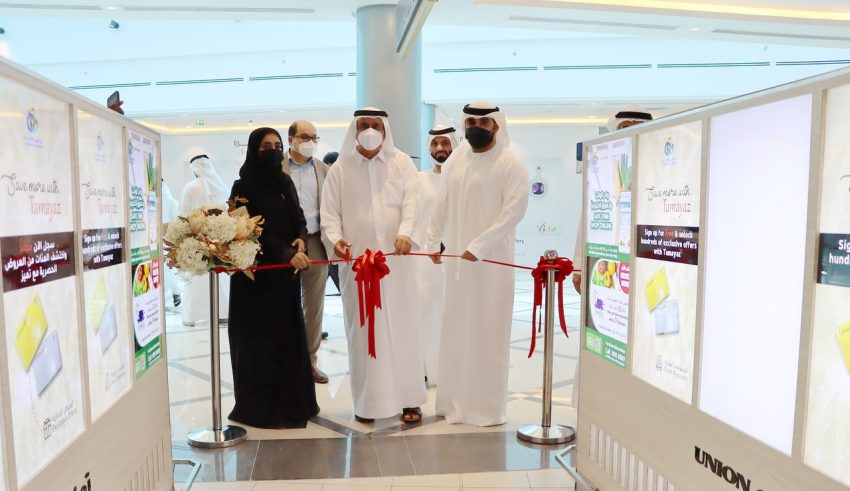 DUBAI: Union Coop – the largest consumer cooperative in the UAE, has opened its new center consisting the 22nd hypermarket branch and 25 stores in Al Barsha South, at a cost of AED 60 Million, with a building area of ​​232,000 sq. ft. With the opening of the new center, the number of Union Coop hypermarkets in Dubai have now reached 22.

The latest center was inaugurated by the Chairman of Union Coop – H.E. Majid Hamad Rahma Al Shamsi with H.E. Khalid Humaid Bin Diban Al Falasi, CEO of Union Coop, in the presence of Department Directors and Managers and employees of Union Coop, along with a number of officials and suppliers, in addition to shoppers and consumers of all categories of the society.

H.E. Majid Hamad Rahma Al Shamsi, confirmed that the opening of the new center came in line with the development witnessed by the retail sector in the country, and in light of the rapid recovery of the local economy from the repercussions of the “Corona” pandemic, which requires meeting the desires and requirements of consumers of all groups and categories, as Union Coop has taken upon itself the expansion and spread in all regions of the Emirate of Dubai to provide an exceptional shopping experience for citizens and residents.

He added that Union Coop has ambitious strategies to develop its business by adopting a flexible shopping system in its operations, which makes all food and consumer products and others accessible to all consumers, either through its centers and branches located in the Emirate of Dubai or shopping through the Union Coop Online Store (Smart App and Webstore).

In turn, H.E. Khalid Humaid Bin Diban Al Falasi, CEO of Union Coop, said that with the opening of the new Al Barsha South Center, the number of Union Coop branches has increased to 22, strategically spread throughout the Emirate of Dubai, noting that the new center took into account during its construction the application of the best engineering standards and international architectural designs that It provides consumers with a convenient and seamless shopping experience which is unique, further pointing out that the center will make a quantum leap in meeting the requirements of all groups due to its distinguished location, especially those residing in Al Barsha South1,2,3&4 and Al Barsha 1,2&3 and Dubai Miracle Garden, in addition to the other neighboring areas.

And he indicated that Union Coop has future plans to spread and grow for the benefit of shareholders and customers, as it aims through the opening of new branches and the center to raise the proportion of its stock of goods and provide all the necessary local and international products for the residents of the Emirate of Dubai with high-quality specifications and at reasonable prices as well. Highlighting that the Al Barsha South Center contains various sections with large areas to meet the demands of shoppers in a safe and healthy manner, such as the bakery, meat, cheese, fish, beauty, vegetables and other sections.

Regarding the details of the new center, Arch. MADIYA AL MARI, Investment Division Director, confirmed that the total cost of the Al Barsha South Center amounted to about AED 60 Million, and it consists of two floors, ground and first, pointing out that the ground floor was allocated for the entrances to the building, and 209 car parking spaces, in addition to 25 shops. The first floor has been allocated to the Union Coop hypermarket and 20 shops, noting that the total showroom area is 65,000 sq. ft., while the total area of the project is 232,000 sq. ft.