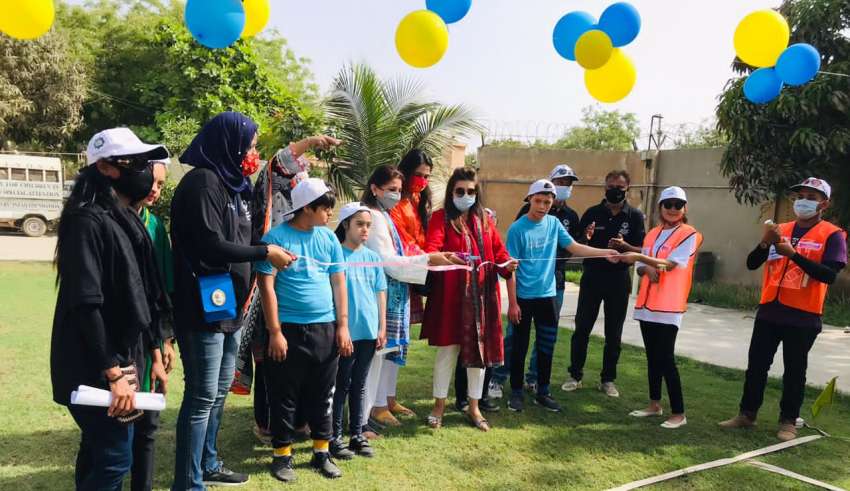 World Down Syndrome day celebrated globally on March 21 around the world was celebrated by SCINOSA (Society for Children In Need Of Special Attention) in collaboration with SOP (Special Olympics Pakistan) earlier today at SCINOSA Day Home. The event was attended by parents, students, Special Olympics representatives and students.

The day started with recitation from the Holy Quran by Wahaj Khan followed by Naat by Abdul Samad both students of SCINOSA. Welcome address was given by Rahat Khan, board member SCINOSA Day Home who called upon Taha Tahir National Director, Special Olympics to say a few words about the celebration. Faryal threw light on the condition of Down Syndrome. Fahad and Zehrish, students of SCINOSA gave the attendees a briefing about their school and the activities leading towards the event. It may be recalled that Zehrish had won a bronze medal in 2019 for foot sole and was the torchbearer for Pakistan in 2019 at the World Games.

Sports Day activities then began in which the children of SCINOSA participated in competing against one another in games such as spoon race, optical race, sack race, tug of war, musical chairs, etc. The event concluded with a Vote of Thanks by the school principal, Ms. Rizwana.

As a global technology brand, OPPO is committed to empowering female business leaders both…