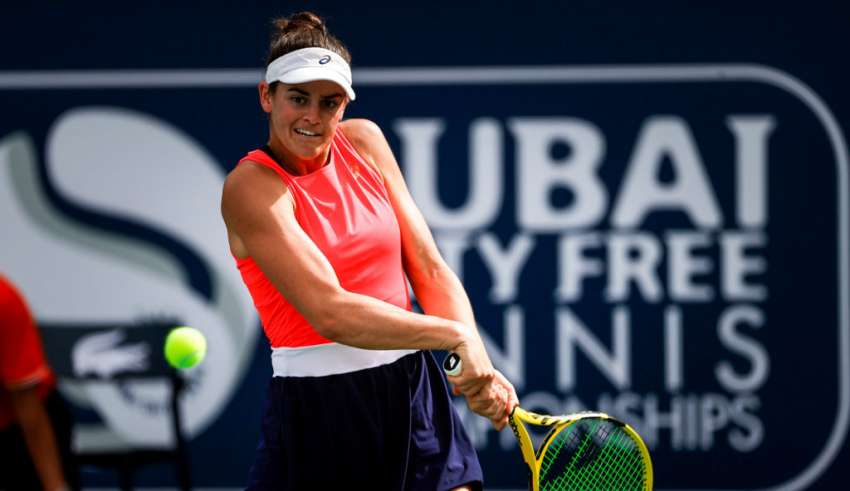 The gritty American made a huge impact when she competed last year, successfully negotiating the qualifying rounds without dropping a set and then advancing all the way to the semi-finals with victory over 2017 and 2018 Dubai winner Elina Svitolina and a dramatic quarter-final win over former Wimbledon and French Open champion and recent Australian Open finalist Garbine Muguruza.

“Jennifer Brady’s quarter-final victory over Garbine Muguruza last year was one of the highlights of the tournament,” said Colm McLoughlin, Executive Vice Chairman and CEO of Dubai Duty Free. “The match ended 6-4 in the final set and had us all on the edge of our seats until the very end. She has continued to entertain us ever since with many excellent performances, and her success in reaching the final of the Australian Open was richly deserved.”

Brady had already claimed victory over world number one Ashleigh Barty in Brisbane before arriving in Dubai last year, and after her fine run to the Dubai semi-finals she continued to impress. In her first tournament back after disruption to the tournament schedule due to the pandemic she swept all the way to the title in Lexington, winning all five of her matches in straight sets.

Brady has repeatedly demonstrated what a fierce competitor she can be, and her semi-final battle at the Australian Open was yet another example as she came through a 14-minute final game against Karolina Muchova, saving three break points before closing out the match on her fifth match point.

Her mental toughness wasn’t always there, but finding it has been the key to her success.

“I would say throughout my junior career, all the coaches that I had, I was training at the (Chris) Evert Tennis Academy and they were always telling me I had potential to be a great tennis player,” Brady said after her semi-final victory. “It was just finding my game. You know, I had a bit of a temper as a kid. Wasn’t really mentally the toughest. So I think that has kind of just shifted my whole career, just being able to stay in tough moments, close out tough matches, just fight my way back regardless of the score.”

“Jennifer Brady has managed so far to lead her life more anonymously and with fewer distractions and demands on her time than most other top players, and that might well have been an advantage,” said Tournament Director Salah Tahlak. “With her continuing success at the highest level, that luxury might now be coming to an end, but she will surely handle the increased pressure off the court as well as she has dealt with it on court.”

The 21st staging of the WTA 1000 event takes place from 7th to 13th March and is followed by the 29th star-studded ATP tournament from 14th to 20th March.