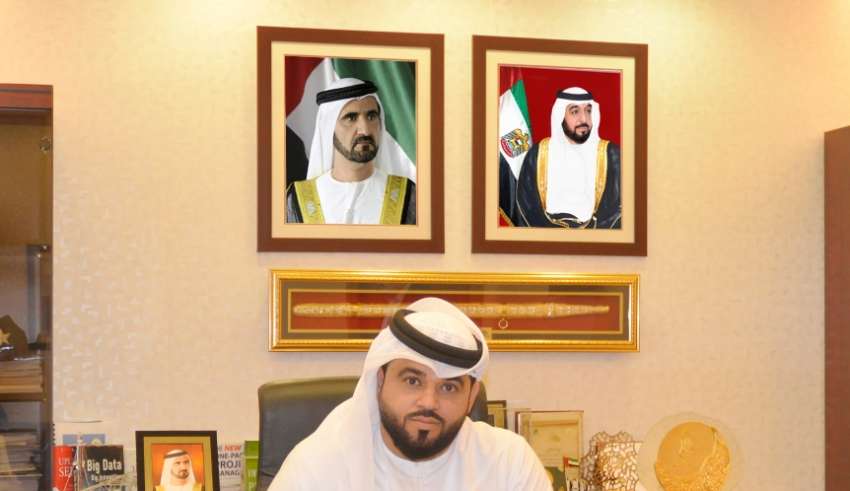 DUBAI: Union Coop, the largest consumer cooperative in the UAE, announced the allocation of AED 17 Million to support precautionary initiatives and measures taken by the government to confront the Corona pandemic, as it spent about 8 million and 522 thousand dirhams until April 22, in addition to providing logistic support and contributing to the implementation of awareness campaigns to educate community members, noting that it has supported Dubai Health Authority, Dubai Police and the Community Development Authority and other authorities, as this comes within the framework of its efforts and commitment towards the community to contribute in overcoming this pandemic.

The announcement was made during a Remote Conference held by Union Coop, declaring the initiatives organized by Union Coop to combat Coronavirus pandemic and its preparation for the holy month of Ramadan.

During the conference, H.E. Khalid Humaid Bin Diban Al Falasi, CEO of Union Coop, said: “Since the beginning of this year, global markets have faced many challenges due to the Corona pandemic dependencies, which added new challenges in providing products and price stability, which Union Coop has addressed through several decisions and actions, As the strategic stock of goods is sufficient from 4 to 6 months in the case of normal consumption and stable market.while in the case of market closure, the stock is sufficient from 2 to 3 months, indicating that Union Coop as a national economic institution contributed with the competent authorities to implement the directives of the wise leadership to provide food commodities continuously and in quantities that meet the needs of consumers while following best practices in the field of public safety to protect shoppers from the Corona pandemic.”

Speaking about Ramadan initiatives, the CEO said, “Union Coop allocated about AED 150 Million to reduce the prices of more than 25000 basic food and consumer commodities during the holy month of Ramadan with expected sale of AED 700 Million. This comes in line with its keenness to launch social and economic initiatives aim to delight the members of the community and alleviate their burden by offering attractive and high-value shopping programs that benefit shoppers.”

He called on shoppers to continue the monthly rather than weekly purchasing pattern during the pandemic for its benefits and financial savings for consumers, and to preserve public health and safety for all society members and to support UAE’s efforts to limit the spread of the virus.

Al Falasi Stressed that: “Union Coop signed agreements with suppliers amounting to more than AED500 Million to supply sufficient quantities of basic food and non-food consumer goods during the holy month of Ramadan and the upcoming Eid Al Fitr, hereby calling shoppers not to be afraid of running out of goods as all Union Coop branches operate from 7 AM to 2 AM, to allow shoppers to purchase their needs at any time they see fit and as a plan to reduce the crowd and avoid queues,” explaining that initially Union Coop was aspiring to open its branches for 24 hours. However, daily sterilization procedures requires an average of 4 to 5 hours per branch to complete the sterilization process in order to ensure higher Standards of hygiene.

Al Falasi appealed to the community members to allocate the first hour of the branches working time from 7 am to 8 am for the elderly citizens, residents and people of determination to enable them to shop comfortably while providing them with a safe shopping environment.

“Union Coop staffs are working round the clock to communicate with suppliers in more than 50 countries to maintain its strategic merchandise reserves, ensure price stability and adequate provision of goods. The suppliers have agreed to ensure product supply 24 hours a day, 7 days a week as a proactive plan to address any shortage, in case it happens.” The CEO further adds that Union Coop is ready to provide products to competitors in case they are facing issues due to lack of supply, as he considers them “partners in serving the community” and he also believes that the current situation the world is witnessing, needs everyone to unite efforts to serve the country.

He pointed out: “Union Coop works to protect its employees and members of society, as it provided sanitizers and gloves to consumers in addition to sterilizing shopping carts while reducing its quantity by 50% in order to reduce the crowd within the branches and maintain safe distance. On the same level, it ensured the safety and health of its employees, as it conducts daily checks for them and provides them with masks and gloves, in addition to installing barriers on billing counters, consumers happiness desks and different sections to protect the two parties and to maintain health and the safety of community members,” the CEO goes on further appreciating the Union Coop staff who form the first line of defense to the pandemic, for their tremendous efforts in providing goods and services, meeting consumer needs and work under exceptional circumstances, with high level of leniency and excellence.”

Al Falasi also thanked the National Emergency Crisis and Disaster Management Authority, the Ministry of Economy, the Department of Economic Development, Dubai and the Dubai Municipality, in addition to the Dubai Economic Security Centre, on its daily follow-up with Union Coop to ensure strategic inventory and supply operations and provide the necessary facilities to ensure business continuity and monitor prices and the availability of goods.

“Union Coop raised the number of employees working in the online store to more than 500 people. This number includes employees of the E-Commerce Section, delivery services and logistical support like Noon, El Grocer, Dukkaani, Instashop, Masar, ATC, Swan, Dubai Taxi, Infiniti, New Heights and ADCO where these agreements contributed to achieve records in delivering the goods, where there are currently about 155 delivery vehicles and we are seeking to increase their number to more than 300 vehicles,” he said, explaining that the cooperative aims to deliver Delivery requests within two business days maximum.

“To make Ramadan goods accessible to consumers, facilitate them and avoid congestion, the Union Coop online store provides more than 32,000 food and non-food items that shoppers can obtain and benefit from home delivery service that saves efforts and time for them,” said Al Falasi.

Al Falasi also clarified the growth of E-Shopping from the Union Coop online store increased significantly, as the number of new shoppers who shopped from the Union Coop website reached 61,664 new shoppers, compared to 38,816 in the previous year for the time period of 1st March to 21st April 2020, and number of orders received daily increased from 125 orders per day to excess of 900 orders per day with a growth rate of 720%.

Moreover, sales for the same period amounted to Dh 14,840,425 with a total number of orders 44,213 were delivered to customers with a growth exceeding 223% of the total sales of the online store since beginning of the year 2020 through March 1st.

Al Falasi called on the concerned authorities to obligate the sales outlets with the principles and rules of promotional offers, which must include the availability of the product in large quantities, the long shelf life of the product in addition to the duration of the promotional campaign, to prevent misleading of shoppers and contribute to creating comparative rules based on scientific foundations that contribute to protecting consumers from improper promotional offers. .