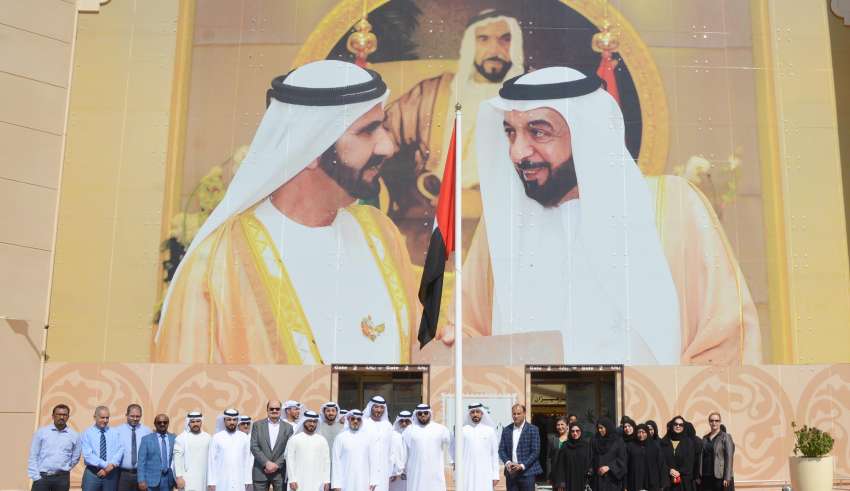 DUBAI: Following the directives of His Highness Sheikh Mohammed bin Rashid Al Maktoum, Vice President and Prime Minister of the UAE and Ruler of Dubai, Union Coop raised 32 national flags high above its 21 branches and Commercial Centers in the Emirate of Dubai, expressing their loyalty and belongingness to the homeland and the wise leadership.

H.E. Khalid Humaid Bin Diban Al Falasi, CEO of Union Coop emphasized the importance of this day for the entire nation as he said, “We gather today to celebrate our flag day with proud of the achievements of our beloved nation under the wise leadership of H.H. Sheikh Khalifa bin Zayed Al Nahyan the President of the UAE, H.H. Sheikh Mohammed bin Rashid Al Maktoum, the Vice President and Prime Minister of the UAE, and ruler of Dubai and H.H. Sheikh Mohamed bin Zayed Al Nahyan, Crown Prince of Abu Dhabi and Deputy Supreme Commander of the UAE Armed Forces.”

“It is due to the wise leadership’s attitude and people of UAE, the UAE flag has not only embraced the sky but reached the space as well. One of the major reasons for UAE’s great achievement is its people, who are loyal enough to give their lives to keep their national flag as high as the dignity and pride of their wise leaders and citizens of the UAE.” Said Al Falasi.

For his part, Dr. Suhail Al Bastaki, Director of Happiness and Marketing Department, Union Coop said: “Flag Day reflects the unity and cohesion of the UAE Nationals and residents alike, thereby embodying the meaning of loyalty and belongingness to preserve their abilities and achievements to continue what the founding fathers built and exceed expectations by working towards the prosperity development of the homeland.” For their part, the Union Coop staff of all positions and nationalities expressed their gratitude towards the wise leadership and congratulated them for the achievements of UAE in all the sectors. They further mentioned that the UAE Flag is in the hearts of everyone who lives here and with hard work nothing is impossible to achieve. News Desk