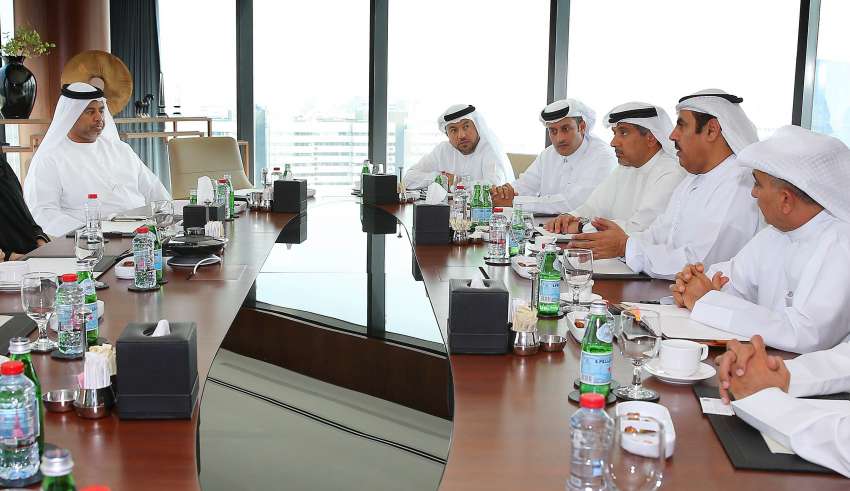 DUBAI: The newly formed board of trustees of the Dubai International Arbitration Centre (DIAC) held its first meeting earlier today at Dubai Chamber of Commerce Industry’s head office where it discussed new plans and efforts to boost Dubai’s position as a global centre for commercial arbitration.

The meeting comes after H.H. Sheikh Mohammed bin Rashid Al Maktoum, Vice President and Prime Minister of the UAE and Ruler of Dubai, issued a decree related to DIAC, an initiative of Dubai Chamber, which established the centre’s new board of trustees.

The board is joined by legal experts and business leaders, while UAE nationals represent 80% of new members.

During the meeting, board members thanked H.H. Sheikh Mohammed bin Rashid Al Maktoum, Vice-President and Prime Minister of the UAE and Ruler of Dubai, for his trust and confidence in the new board which has been tasked with enhancing Dubai’s reputation as a preferred destination to settle commercial disputes.

Dr. Ahmed bin Al Sheikh pointed out that the new board offers a wealth of legal and business expertise which will enhance its ability to meet the evolving demands of Dubai’s maturing business community, and stressed the important role of commercial arbitration in advancing the emirate’s global appeal as an attractive place to do business. He added that the board is in the process of developing new plans and strategies in line with Dubai’s ambitious vision and sustainable development goals, adding that its efforts would help boost investor confidence in the market.

H.E. Al Ghurair, expressed his confidence in the board of trustees’ ability to achieve its objectives, raise arbitration standards and improving ease of doing business in Dubai.

The Dubai International Arbitration Centre (DIAC), the largest arbitration centre in the Middle East, provides local and international business communities with commercial arbitration services. DIAC was initially established by the Dubai Chamber of Commerce and Industry in 1994 as the Centre for Commercial Conciliation and Arbitration. News Desk