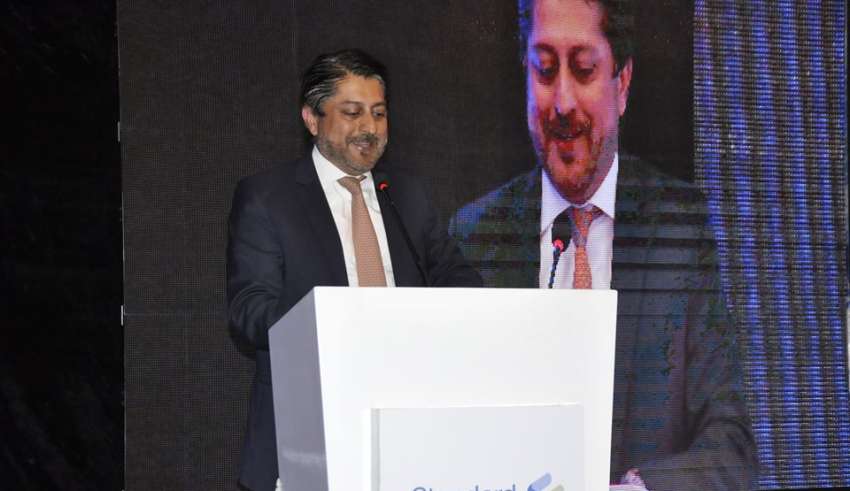 Shazad is the only Pakistani and one of two Standard Chartered executives to be recognised in this global listing of advocate executives. The 40 executives listed are senior leaders who are advocates for women in business and are dedicated to creating a more diverse and inclusive business environment for women. These executives work within at least three levels from the chief executive at large companies, or are the leaders of smaller organisations. The nominations were reviewed by the HERoes judging panel who scored each person on the influence of their role, their impact on women inside and outside the workplace, and their business achievements.

Commenting on this achievement, Shazad said, “I am truly humbled and honoured to be part of this esteemed group of global advocates for women in business. Throughout my professional and personal life, I have been truly inspired by the women who have and continue to positively impact the world around us. I hope to motivate the next generation of leaders to build and promote a more inclusive and diverse workplace for our future generations.

I take immense pride in this recognition as CEO of Standard Chartered Bank as it conveys our drive towards creating an enabling environment for women in Pakistan to fully participate in the workforce. Diversity is a key ingredient of economic growth, especially for developing countries like ours where women comprise half of the population.”

Shazad is an advocate of increasing female representation in senior roles and enabling a discrimination free reward and performance decision-making, principles emanating out of SC Group’s commitment to UK HM Treasury Women in Finance Charter and the Fair Pay Charter.