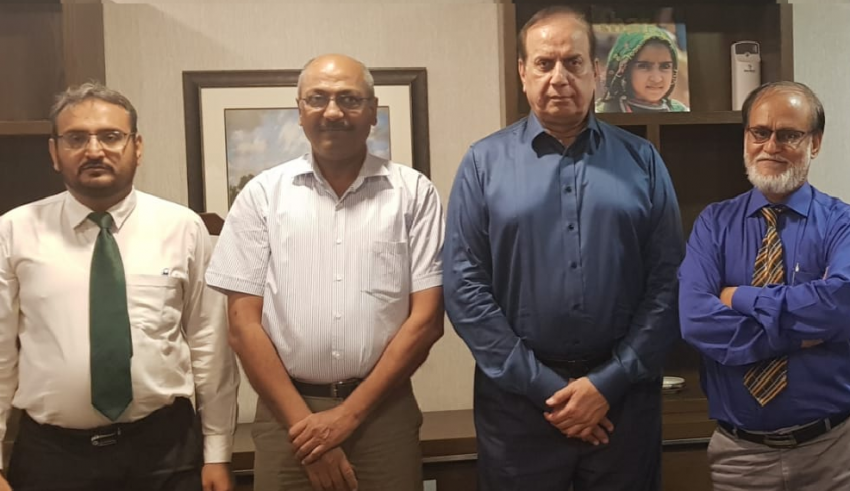 KARACHI: The Sindh Government has decided to fully endorse and support the upcoming 4th International Wind Energy conference being organized to be held on August 30 as a way to promote usage of different resources of alternative energy in the province.

The decision to this effect was reached as the organizers of the 4th International Wind Energy Summit met Sindh Energy Minister Imtiaz Ahmed Saikh at the latter’s office.

Naeem Qureshi, Chairman of the organizing committee of the summit who also led the delegation, informed the provincial minister that the upcoming summit would be held at a hotel in the city on 30th August.

He expressed the hope that the upcoming conference would go a long way in achieving the vision of the Sindh government to promote and maximize the consumption of alternative energy resources in the province.

He informed the delegation about efforts of his department in facilitating commissioning of the new wind projects in the country as one such step is to establish a dedicated grid company of the province.

The provincial minister said that clean energy generation from Gharo-Jhimpir wind corridor alone had reached up to 1200 MWs with commissioning of around 23 wind energy projects there.

He said that the province would soon be generating many more megawatts of clean energy with commissioning of 15 more such wind projects in near future.

He informed the delegation about the persistent non-cooperation on the part of the federal authorities concerned owing to which commissioning of new wind energy projects had been constantly getting delayed.

The Energy minister expressed his pleasure that all the relevant stakeholders including the state and government authorities would be attending the upcoming summit as it would prove beneficial in understanding each other’s point of view and removing bottlenecks in the passage of new wind energy projects to be launched in the country.

Mr. Qureshi informed the provincial minister that the upcoming moot would hold a dedicated session on the issues concerning all the forms of alternative energy whose potential did exist in Pakistan.