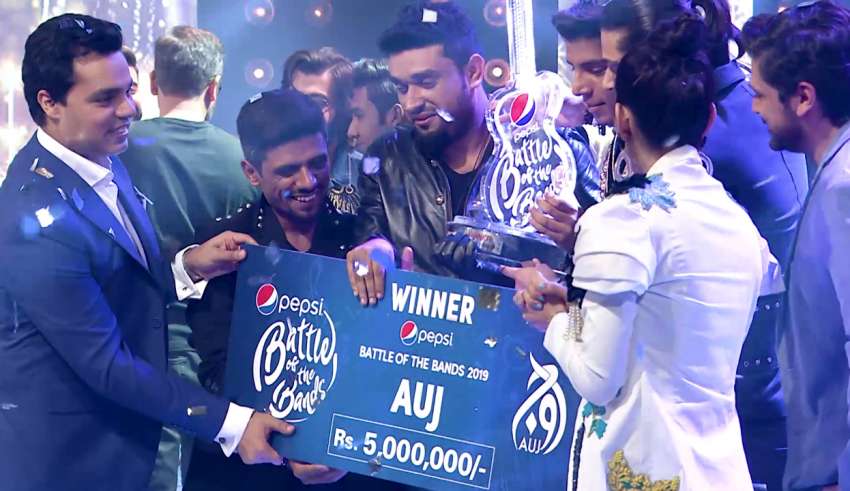 KARACHI: And the two-month long journey has finally come to an end. After weeks of intense competition and intensive hard work, the final battle narrowed down to Auj and Aarish, who became the two finalists of Pepsi Battle of the Bands season four.

After an eternity of anticipation, co-host Hina Altaf announced the winner of Pepsi Battle of the Bands season four: Auj. With intense competition from an underdog in Aarish, Auj reigned supreme in the biggest battle and took home the crown, along with Rs50 lac, an album contract and lifetime royalties of the original songs performed during the course of the season.

Aarish, the ever-competitive runner-up, proved to be a more than worthy opponent for Auj. For their incredible journey and effort and talent, they took home Rs25 lac and an album contract.

During the episode, after entire Pakistan had voted to make their favorite band be crowned the Pepsi throne, our finalists stepped foot in the battlefield one last time to entertain the crowd on the grand blue stage. But before that, the grand finale held a ton of other surprise performances for the audience. PR