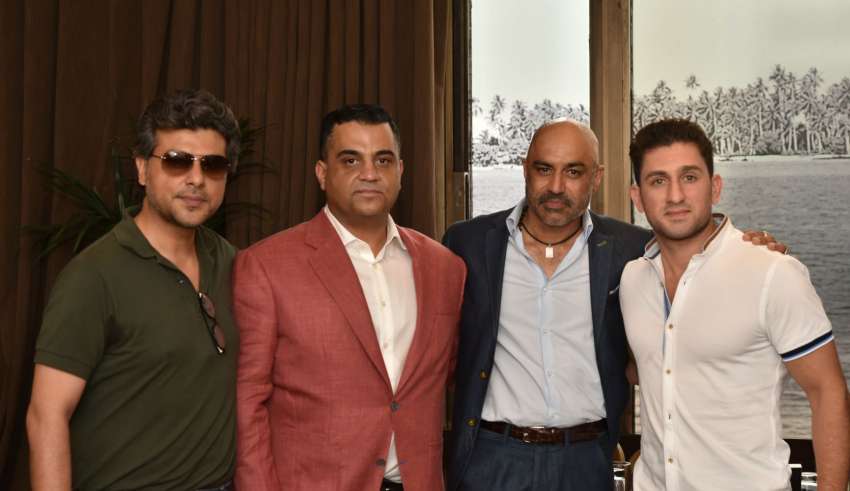 LONDON: Acclaimed Pakistani Actor Shaz Khan joins hands with renowned Hollywood actor-producer Faran Tahir, for his directorial debut film ‘The Martial Artist’. Both were present in London at a press conference during a trip to London to watch an exclusive Brave MMA event. Khan shared his story of how he had always envisioned making films that tell universal stories for the global audience that have Pakistanis/Desis as the main characters.

“The Martial Artist is a sports action drama dealing with the main character’s rise in the MMA world in California and after suffering a horrific loss his journey back to his homeland where he connects with his roots and has a spiritual awakening that leads to his comeback,” adds Khan when asked about the storyline.

Earlier this year intense footage of Shaz Khan’s training for the project was released on social media which saw the actor-director learning jiu jitsu, boxing, Muay Thai and wrestling to prepare for the movie. Faran Tahir saw the potential of the project showing not only an immigrant story but an authentic lens into the mixed martial arts world.

Being a Hollywood staple he came on as a producer and is also playing one of the main characters in the story. It’s simple from my end if you want to see brown faces on the global screen, we have to create those stories ourselves” commented Tahir at the press conference. “The cross cultural film is based on the story of two Pakistani-American MMA fighters rising up the ranks in California and eventual journey back to the motherland.

Shot between the U.S. and Pakistan, ‘The Martial Artist’ will be the first global sports action drama that has Pakistani actors as leads with a universal story exploring relevant themes.  In the film Khan will be playing the lead role and also producing alongside his co-producers Faisal Rehman & Faraz Khan of Impact Films, Joseph Faulk  and Brian Aspinwall – Shaz Khan’s long time creative collaborators. Khan is represented by his lawyer Elsa Ramo in Beverly Hills. Details of when the movie be released will be disclosed at a later date. Says in press release