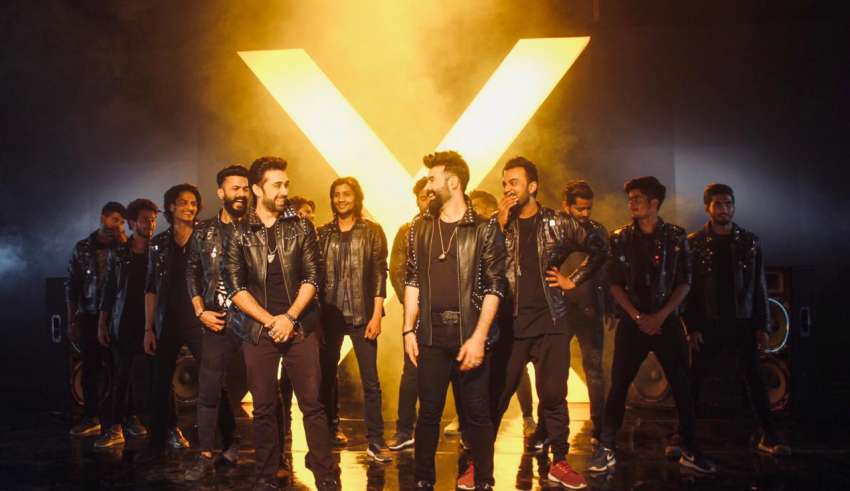 KARACHI: As Eid-ul-Azha fast approaches along with the impending release of the movie Heer Maan Ja, IRK Films and Arif Lakhani Films have just released the movie’s title track, Heer Maan Ja, for the audiences.

Sung by the energetic vocals of Herbie Sahara from Sahara U.K. to match the techno-club musical vibe behind it, the title track of ‘Heer Maan Ja’ is a production of Vee Music, while the lyrics of the song are by Sunny B. Sahara U.K. has also sung the movie’s song ‘Addi Maar’, that was released recently, much to audience’s appreciation.

Featuring the lit lead couple of the movie, Ali Rehman Khan, and Hareem Farooq in the music video alongside the antagonist of the movie, Faizan Sheikh, the title track of Heer Maan Ja is a hip dance number with groovy music and lyrics. The three characters can be seen wearing trendy, chic black attires in a contemporary look. The song is a spunky number and the music video and dance sequence matches its vibrance. From the makers of Siyyah, Janaan and Parchi, Heer Maan Ja is another new addition to IRK Films’ collection of great music.

Heer Maan Ja is IRK Films and Arif Lakhani Films’ most recent and biggest project to date, which is all set to hit the big screen this Eid-ul-Azha. It is a rom-com which is expected to be an emotional joyride, filled with a whole lot of comedy, romance, emotions, action and thrill. Ali Rehman Khan, Hareem Farooq and Faizan Sheikh will be accompanied by Mojiz Hasan and Shumayle Khattak in supporting roles. The movie will also showcase guest appearances by Mikaal Zulfiqar, Shaz Ali Khan, Aaminah Sheikh, Abid Ali, Ali Kazmi and Ahmed Ali Akbar.

Heer Maan Ja revolves around two people who part their ways under certain circumstances, only to unexpectedly reunite years later amidst a series of complications and problems. Heer is a cheerful, vivacious girl, while Kabir is ambituous and quite serius about achieving his dreams. What happens when their paths meet again and the spark lights up one more time, we will know this Eid.

The official trailer of the movie has already received more than a million views. Directed by Azfar Jafri, and produced by Imran Raza Kazmi, Hareem Farooq and Arif Lakhani, Heer Maan Ja is the fourth project of IRK Films and Arif Lakhani Films. The film has partnered up with Geo Films as the official media partner and Distribution Club for the nationwide release of the movie. Says in press release