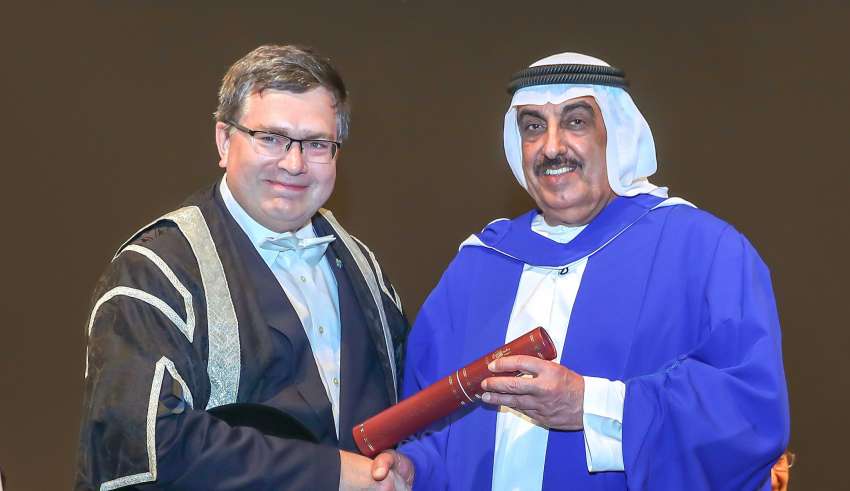 DUBAI: His Excellency Saif Humaid Al Falasi, ENOC’s Group CEO has received an honorary degree of Doctor of Engineering by Heriot-Watt University in Dubai for his four decades of significant contribution to the energy industry in the region.

Professor Richard A. Williams OBE, Principal & Vice-Chancellor of Heriot-Watt University, Dubai Campus, said: “We are honoured to bestow upon His Excellency Saif Al Falasi the honorary doctorate of engineering for his transformative work and several ground-breaking contributions to the energy sector. He has been instrumental in the evolution of ENOC into a leading integrated international energy player and recognise his role as a luminary within his field.”

His Excellency Al Falasi was instrumental in setting up ENOC’s Energy & Resource Management (E&RM) policy in 2008, a programme that adopted several strategies leading to savings of US$3.04 million in 2018 alone. The E&RM programme added further value as the Group was given multiple sustainability awards from international and local entities such as the Institute of Directors and Abu Dhabi Sustainability Group. Over the course of 39 years, His Excellency Saif Humaid Al Falasi has gained a wealth of experience in the energy industry and has played a valuable role in mentoring young people, and played a key role in developing competency programmes, to help them qualify from the renowned Energy Institute (EI) in UK, and empowering women within the sector. In 2014, he was awarded Fellowship of the UK Energy Institute, in recognition for his leadership of ENOC’s Energy and Resource Management Programme. News Desk