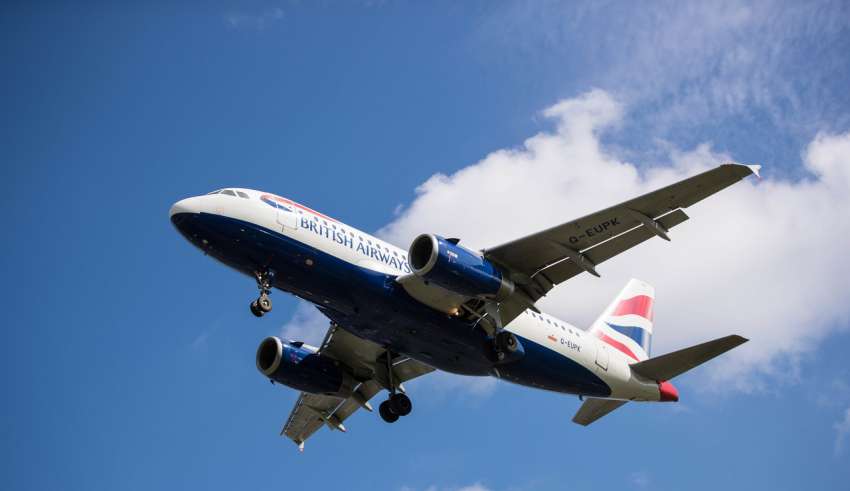 LONDON: British Airways is to increase its winter schedule between Scotland and London’s Heathrow Airport, operating almost 200 flights a week from October 2019 to March next year.

The frequency increases on services from Edinburgh, Glasgow and Aberdeen to Heathrow will start in the week beginning October 27.

Weekly flights between Edinburgh and Heathrow will go up by three to 69. The airline will operate 63 return services a week between Glasgow and Heathrow, an increase of five compared to winter 2018/2019. Services between Aberdeen and Heathrow will increase by three a week to 50. British Airways has already announced that it will also operate a double daily service on the Inverness – Heathrow route from October 2019.

The result of the changes will see the number of British Airways flights between Scotland’s four principal airports and Heathrow increase to 196 a week, 11 more than winter 2018/19.

British Airways operates more services a week to and from Scotland via Heathrow, Gatwick and London City airports than any other part of its global route network.

Neil Chernoff, British Airways’ Director of Networks and Alliances said, “British Airways has proudly served Scotland, its people and its businesses for more than six decades.

“We are pleased to be able to connect Scotland with the rest of the world though a global network of more than 150 destinations served from our Heathrow hub, 90 from Gatwick and 30 from London City.” News Desk