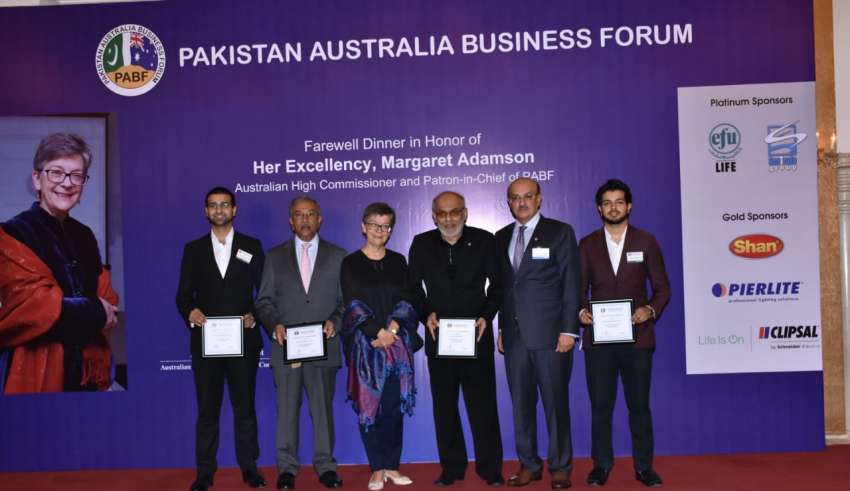 Chairman PABF Mr. Pervez H. Madraswala in his speech, thanked Mrs. Adamson for her support and efforts in promoting bilateral trade relations between Pakistan and Australia during her tenure. On this occasion a special Newsletter Issue was published which highlighted Mrs. Adamson’s journey in Pakistan with PABF.

Mr. Madraswala further reiterated in collaboration with the Australian High Commission and Austrade the trade numbers between the two economies have significantly improved and he as Chairman of PABF, along with his team is determined to further strengthen trade relations and people to people linkages between the two countries.

Mrs. Adamson was very appreciative of the dinner held in her honor and thanked Mr. Madraswala especially for his continuous efforts in building the PABF with a healthy membership of the Forum. While speaking about the growing bilateral trade between the two countries.

He wished Mrs. Adamson, the very best for her future endeavors and new assignments, and is optimistic that her successor Dr. Geoffrey Shaw, will be able to support PABF with the same enthusiasm, so that both countries come closer with more trade and technical knowhow from Australian Counterparts. The event was attended by well-known dignitaries, diplomats, businessmen and industrialists of Pakistan.