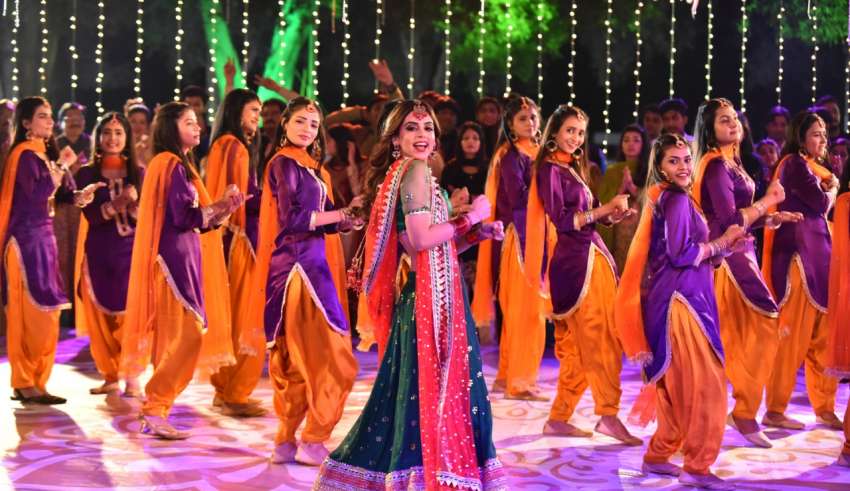 KARACHI: The season’s most awaited film Wrong No. 2 by YNH Films and Distribution Club is finally in the theatres now and has released a new music video ‘Gali Gali’.

A film by the famous Yasir Nawaz, Wrong No.2 hit the big screens nationwide this Eid-ul-Fitr. The song ‘Gali Gali’ is a peppy dance number featuring the Pakistani actress and model Yashma Gill along with the other cast members of the movie. Sung by Shahid Mallya and Isheeta Chakrvarty, the music director of the song is Simaab Sen, while the lyrics have been written by Sameer Rahat. The music video has got an energetic vibe to it and is visually very appealing.

Wrong No. 2 has been produced by Hassan Zia and Sheikh Amjad Rasheed, two of the industry’s most talented producers, whereas the screenplay has been written by Yasir Nawaz. A story by Danish Nawaz while the dialogues of the movie are by the creative genius, Ahmed Hassan. It is a romantic comedy featuring a power-packed cast with the gorgeous Neelum Muneer, Sami Khan and the legendary Javed Sheikh in the lead roles.

A story of a hilariously complicated love triangle that a rich father’s daughter, Zoya finds herself in, Wrong No. 2 features an epic family drama, some misfortunes, and a whole lot of laughter. Other cast members of the film include Danish and Yasir Nawaz, Ahmed Hassan, Ashraf Khan, Shafqat Cheema, Sana Fakhar, while Irfan Khosat has a guest appearance in the movie.

YNH Films, along with Distribution Club, has partnered up with EROS International for the worldwide distribution of the film, which has already been running successfully in the cinemas all over Pakistan.