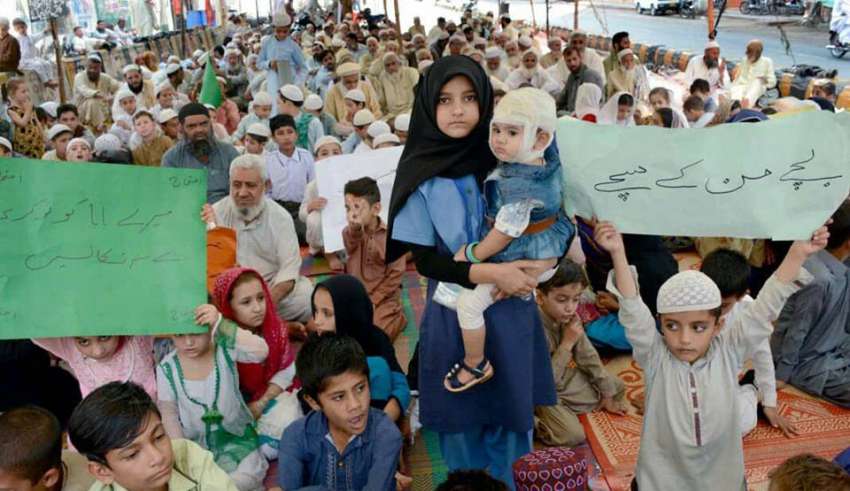 KARACHI: Out of school kids of dock workers of Port Qasim attended their second Sunday Street School established by their parents in their sit-in camp in front of the Karachi Press Club.

More than 100 children attended this second sunday school and urged authorities to release four months salaris to their parents and not to release them from their jobs at the port. Kids were holding playcards in favor of their demands.

We dont have money to pay fee and are forced to quit schools. We appeal Prime Minister Imran Khan, federal minister for ports and shipping Ali Zaidi and other officials to address our issues, students told whily talking with media.

Sit-in camp established by Workers Union of Port Qasim CBA continued on its 62nd consecutive day and was attended by affected workers at large.