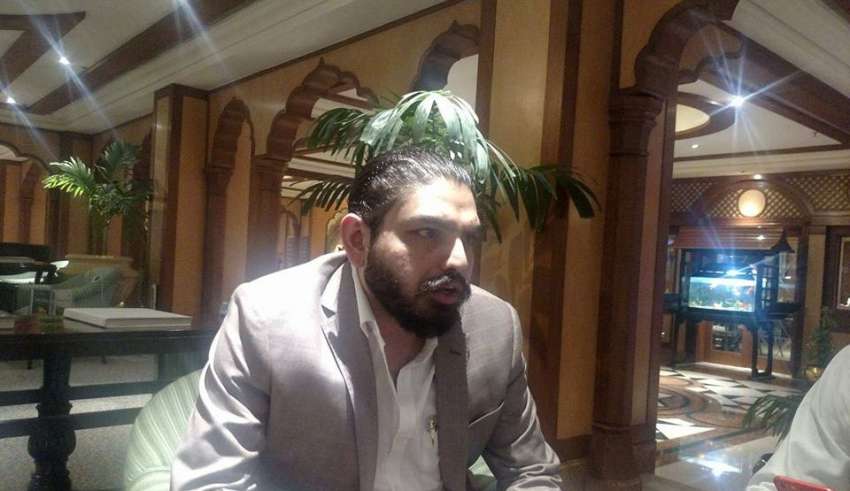 Sufyan Anis Ozri, executive director Treasury at the WallStreet Exchange Company (Pvt.) Limited was talking with the BizToday team and excerpts of his interview with BizToday are as follows;

Team BizToday: When did you join your family business WallStreet Exchange?

Sufyan Anis Ozri:   WallStreet was formed during 1994 and by 1996 my uncle also joined in. I joined WallStreet during 2002 and now it’s almost 18 years since I started working off with WallStreet.

Team BizToday: Please tell us and our readers about foreign exchange market of Pakistan

Team BizToday: How does the foreign-exchange market effect country’s economy?

Sufyan Anis Ozri: Foreign-exchange market can effect country’s local economy drastically on either side. Any wayward situation in the Karachi or any political turmoil in the country disturbs currency market which in-turn the whole country’s economy, on the other side US Dollar is the most dominant foreign currency and any major fluctuation in US Dollar disturbs the grinding wheel of country’s economy.

Team BizToday: Can you please elaborate more on ‘A’ category and ‘B’ category?

Team BizToday: Where do you see WallStreet today in the foreign exchange market?

Sufyan Anis Ozri: From a steady start in 2003 /2004, our company WallStreet has covered a big ground, and can easily be rated as the front line & leading Foreign Exchange Company of the Country. Generally we are on top and to be specific on the education (outwards) we are first and on home remittances (inwards) we are 03rd and we are very strong on medical (outwards). Our compliance and monitoring is among the best in Pakistan.

Team BizToday: What is the footprint of WallStreet in Pakistan’s foreign exchange market?

Sufyan Anis Ozri: Alhamdulliah from a very humble start, today we stand among top three foreign exchange companies of Pakistan with 75 outlets which includes branches and franchises and we are present is almost all major cities of Pakistan.

Team BizToday: What cutting edge makes WallStreet different from the others?

Sufyan Anis Ozri: We at WallStreet try to bring-in latest cutting edge innovations from time to time to stay above the rest. Some of the activities are promotional activities for home remittances by lucky draw, with winner getting away with the double the amount of remittance. Wall-Street is super-agent of MoneyGram and with their collaboration we give double amount via lucky draw every month. We are also working a plan to give-away 30 bikes every month all over Pakistan. in near future we have plans to launch a loyalty card also.

Team BizToday: Please tell us about your social life

Sufyan Anis Ozri: On the social front I regularly visit forums like FPCCI & KCCI and both these forums are more like a learning institutes for me. At these forums I get the latest updates and information that can effect country’s economy. Besides these I am also member of Rotary Club Karachi, South. Reason for joining Rotary club was for socializing, developing with public relations (PR) and social service. Currently I am head of Administrative Committee for Rotary Club Karachi, South.

Team BizToday: How do you spend your leisure time?

Sufyan Anis Ozri: I love playing cricket and swimming and I make sure not miss them whenever I get a chance. I am also very conscious of my fitness and try my best to be in shape, and due to this I regularly visit a nearby gym for fitness-training, walk and jog.

Team BizToday: do you have any regrets in your life?

Sufyan Anis Ozri: Yes, I do have one regret. Once a very dear friend asked me to act in this telefilm “Dosti kay sideeffects”, which I gladly accepted due to the amount of glamour attached to show-business, but once it became on-air, my life was made miserable by my family, as our family background is deeply religious.