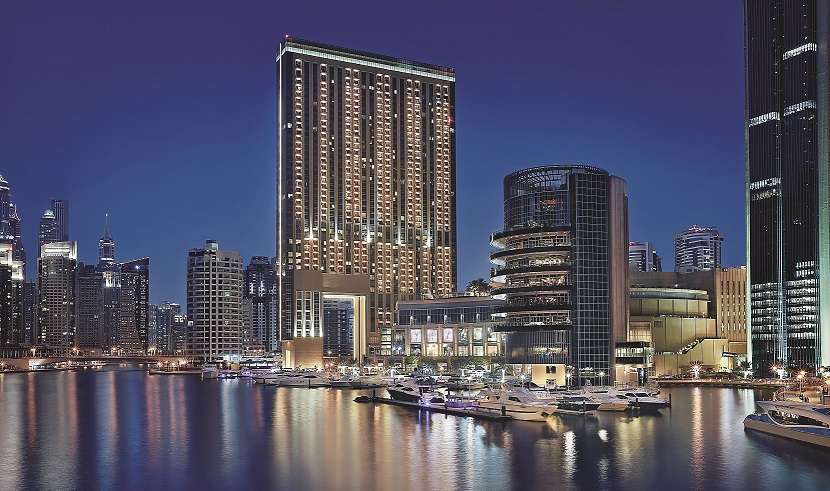 Gross Leasable Area (GLA) occupancy levels across Emaar Malls assets averaged 94 per cent during 2017. Together, the malls and retail centres of Emaar Malls welcomed 130 million visitors in 2017, 4 per cent higher than the visitor turnout of 125 million during 2016.

The Dubai Mall, the flagship retail and leisure destination of Emaar Malls, welcomed 80 million visitors in 2017, for the fourth consecutive year, further underlining its reputation as the world’s most visited retail destination.

In major highlights of the year that demonstrated the value creation and digital focus of Emaar Malls, the company distributed 10 per cent of its share capital, equivalent to AED 1.301 billion (US$ 354 million), as cash dividend to the shareholders, and it completed the acquisition of leading Middle East online fashion retailer Namshi. Following Emaar Malls’ acquisition, Namshi recorded sales of AED 306 million (US$ 83 million), an increase of 57 per cent compared to the same period in 2016.

Emaar has also announced the launch of the Dubai Hills Mall, a family retail district in Dubai Hills Estate. Work has commenced on the mall, which is scheduled to open in late 2019, with a GLA of 1.9 million square feet, Dubai Hills Mall will feature more than 750 retail outlets including an array of ‘fast fashion’ retail stores, restaurants and cafés. The mall will have four major family entertainment and leisure centres as well as a cineplex, hypermarket, seven anchor retail experience stores, and dedicated parking spaces for over 7,000 vehicles.

Mohamed Alabbar, Chairman of Emaar Properties and Board Member of Emaar Malls, said: “The sustained growth of Emaar Malls highlights the robust performance of our nation’s retail sector, a key contributor to the gross domestic product. As a global retail hub today, Dubai is delivering truly world-class choices with our shopping mall assets serving as preferred destinations for international, regional and UAE-based brands. Through our focus on digital innovation and malls expansion, our assets will continue to catalyse the economy, complementing the vision of His Highness Sheikh Mohammed bin Rashid Al Maktoum, UAE Vice President & Prime Minister and Ruler of Dubai, while creating long-term value for our stakeholders.”

Emaar Malls has commenced work on The Dubai Mall’s Mohammed bin Rashid Boulevard expansion that will serve as an active link to both Mohammed bin Rashid Boulevard as well as its Fountain Views and Zabeel expansions. Emaar Malls is also developing a new retail addition under its ‘The Souk’ concept in the Springs Village with over 245,000 square feet GLA. Another prestigious addition is the retail district in Dubai Creek Harbour, which will be linked to the Dubai Creek Tower, a new global icon in the making. News Desk