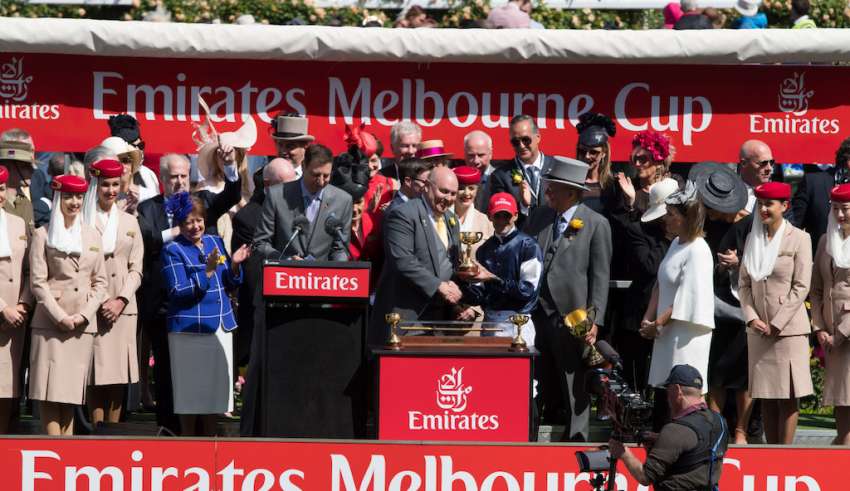 MELBOURNE: True to its reputation as ‘the race that stops a nation’™ the Emirates Melbourne Cup has once again delivered an incredible result for trainer Joseph O’Brien, with jockey Corey Brown riding to victory in an outstanding finish.

Run over 3200 metres, the Emirates Melbourne Cup offers the richest prize in Australian sport and a 18ct solid gold trophy valued at $200,000.

“This incredible race provides the opportunity to connect people from around the globe, which is at the core of Emirates. The Emirates Melbourne Cup is truly a spectacular event with a history of iconic moments and is now firmly placed on the international sporting stage.”

This year, Emirates brought its signature First Class and Business Class luxury experience to life, allowing guests to journey through the clouds in an in-flight themed marquee.

Inspired by a host of luxurious on-board features and key traits of Emirates’ A380 aircraft, guests in the marquee enjoyed gourmet cuisines from around the world in the Emirates restaurant, including Berber spice & lime cured ocean trout, braised chard & chevre ravioli and raspberry crème fraiche bavarois.

Following an immersive interpretation of The Great Gatsby which saw the grandeur of the Roaring 20’s come to life, Emirates treated guests to the ‘James Steeth Cocktail’, created with lilet blanc infused with gold pearlescent powder, rhubarb and pear shrub, sugar syrup and Mumm Champagne, inspired by the iconic and grand Emirates Melbourne Cup trophy and served out of Emirates very own A380 Bar.

Dubai Chamber of Commerce, one of the three chambers operating under Dubai Chambers, has a…