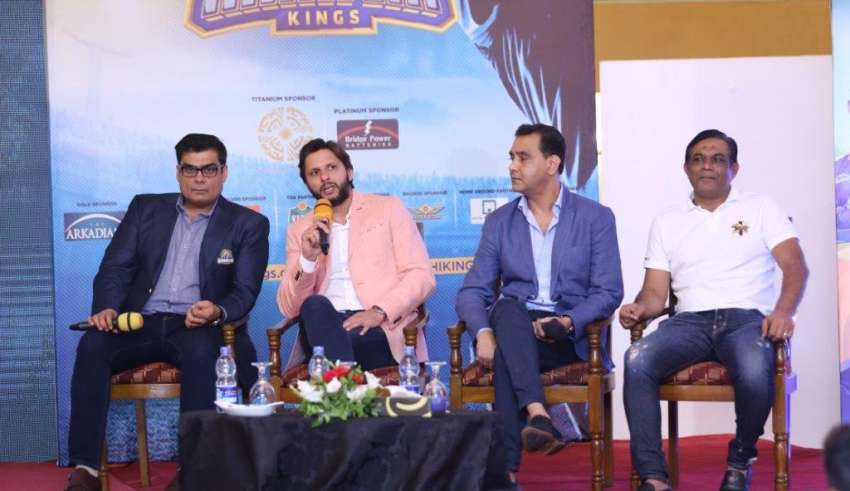 KARACHI: Since the inception of the HBL-PSL, the Karachi Kings and its management have always strived for the betterment of cricket in Pakistan. For the past several years, the franchise has meticulously developed ground breaking programs and undertaken numerous initiatives to make this dream a reality.

The vision and promise of Karachi Kings to unite the city and bring forth new talent into the game, is gradually coming into shape, a promise that we all saw fulfilled with the Khiladi Ke Khoj – Talent Hunts, where the turnout of prospective players was in the thousands, not just from Karachi but across Pakistan as well. The Khiladi Ke Khoj Talent Hunt was the first step that led to the launch of Saima Group Karachi Ke Shehzade Tournament 2017.

With the commencement of the 3rd Season of PSL drawing near, Salman Iqbal, owner, Karachi Kings and the President of the team, a living legend in his own right, Shahid Khan Afridi have made some major announcements today. Imad Wasim, a sensational all-rounder has been appointed to lead the team as captain in the upcoming installment of the PSL. In a very short time, Imad has managed to prove his mantle as a capable athlete, injecting a fresh and energetic vigor into the team.

In addition to changes in the team roster, Salman Iqbal made announcements about new initiatives that will serve as an investment into the future of sports and cricket in Pakistan, further strengthening the next generation of athletes who will make our country proud. With the launch of the Street Kings, a trust that will work in collaboration with the Shahid Afridi Foundation to identify, groom and train the raw sporting talent of Pakistan that lacks opportunities to grow. Bringing out the best of the best from all parts of the country, not just in cricket but in Boxing and Football as well. The Shahid Afridi Foundation will also be working with the Ehsaas Trust, to provide education and welfare to underprivileged homes and families.

To further the development of young players Mr. Iqbal also announced the launch of the Karachi Kings Academy, where the athletes who progress form the Street Kings will be provided with a unique one of a kind platform that will offer young and upcoming athletes with greater avenues to develop and hone their skills, the academy will provide facilities and further polish the individuals into world class players, while also creating opportunities for them to perform in UAE and other international arenas. Speaking about the new announcements, Mr. Salman Iqbal said ‘Evolving and adapting to change are an essential part of growth, as a collective unit the Karachi Kings hold firmly to this belief. We are confident with the appointment of Imad Wasim as the new team captain and wish him all the best in the upcoming season. With Shahid Afridi as President for Karachi Kings, we look forward to gaining from his vast experience and expertise, the coming year looks even more promising.With the launch of our new initiatives, as well as collaboration with the Shahid Afridi Foundation, we look forward to setting a new precedent of growth and excellence in sportsmanship’. Attending the event today were Mohammad Amir, Babar Azam, Rashid Latif, Shehzad Roy, Tariq Wasi – CEO Karachi Kings, with Najeeb Ul Hasnain presiding over the event.

The management and members of the Karachi Kings team are deeply grateful to the love and support shown by the fans and especially our sponsors, Bahria Town, Bridge Power Batteries, The Arkadians, Shield, OyeHoye, Vital Tea, Pepsi and Super Star Motorcycles,home ground partner Naya Nazimabad our print partners Score Line and Pakistan Observer with Apna Karachi 107 and FM 91 as radio partners.