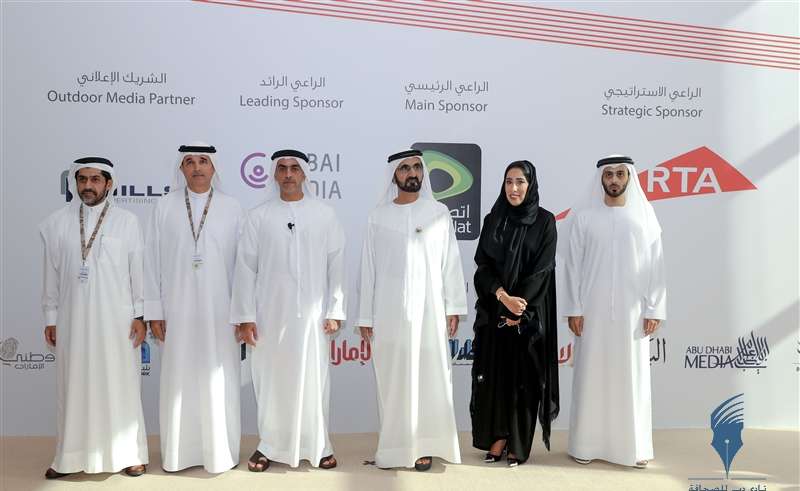 DUBAI: Vice President and Prime Minister of the UAE and Ruler of Dubai His Highness Sheikh Mohammed bin Rashid Al Maktoum said that peace, tolerance and collaboration have defined the path adopted by the UAE right from its foundation by the late Sheikh Zayed bin Sultan Al Nahyan.

“Following the path set by the late Sheikh Zayed, our projects and initiatives have aimed to serve our people and nation, with an emphasis on becoming one of the leading nations of the world. We will always extend our hands of cooperation to all to work for a better future,” Sheikh Mohammed said. “Our highest priority is to ensure the happiness of our people and provide them with what it takes to realise their ambitions. The media is a key partner for spreading knowledge and awareness among people, so that they can achieve what they want and surmount any obstacles they face,” His Highness added.

HH Sheikh Mohammed’s remarks came during his visit to the fourth edition of the Emirati Media Forum organised by the Dubai Press Club on Monday, 6 November, 2017. The event brought together prominent local media personalities, students and academia.

During his visit to the Forum, His Highness praised the role of local media in delivering a moderate message and adopting a balanced view about events in the region. His Highness said that the nation needs an objective media that is a beacon of truth. He also called on media to be on guard against fake news.

Sheikh Mohammed stressed the importance of preparing a new generation of Emirati media professionals who are aware of the changes taking place around them and ready to continuously develop themselves.

Sheikh Saif said that from a very early stage, the late Sheikh Zayed bin Sultan Al Nahyan was deeply aware of the critical role played by the media in conveying the UAE’s message to the world. He said that the local media’s viewpoints are guided by traditional values in the Arabian Gulf that place emphasis on unifying people rather than dividing them.

His Highness said that in less than five years, the region suffered a loss of USD833 billion due to incidents surrounding the Arab Spring. This money, which was used to incite hatred and discrimination, could have been invested in developing the region and educating youth in the best universities of the world. He also highlighted a number of initiatives taken by the UAE to enhance knowledge and people’s wellbeing. He warned regional powers against provoking hatred and extremism in the Arab world.

President of Dubai Press Club Her Excellency Mona Ghanem Al Marri said in her welcome speech that His Highness Sheikh Mohammed bin Rashid Al Maktoum has always focused on establishing an objective media that meets the expectations of society.