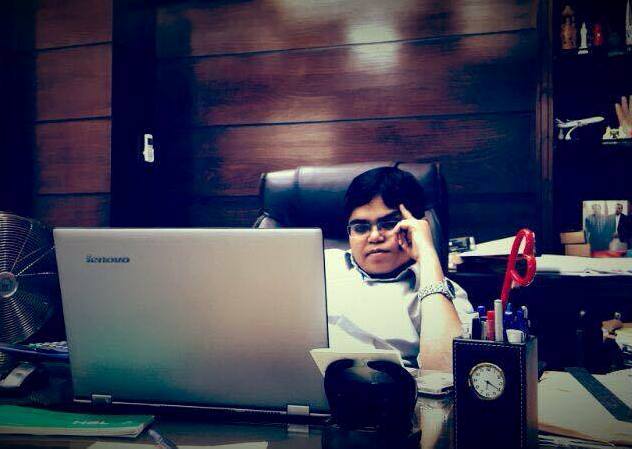 Young and energetic Jatin Kewlani was speaking exclusively with Biz Today on the topic of Thalassemia, which he feels is not getting the type attention that it deserves.

Thalassemia is more lethal then Polio and is also incurable, but comparatively Polio gets enormous amount hype and attention from official circles and media. Jatin Kewlani himself a Thalassemia Major has a very resourceful background and despite that he has to face many problems in arranging blood for transfusion.

Speaking to Jatin Kewlani was like to reading an encyclopaedia on thalassemia and when asked about his services to community Jatin Kewlani replied; “it all started off during 2009 when I met a kid who was Thalassemia major and this kid wanted to die rather than to live because he didn’t want to see his family suffer just because of him, as arranging blood and then getting blood transfusions followed by expensive medicines around 20,000 ~ 35,000 was always very difficult and he would normally see his family members running from pillar to post to get things sorted out”.

Jatin registered his NGO Thalassemians Welfare Organization with the help of his Dubai based friend and partner Shoaib Azam who is married with kids and lives a very simple and normal life. Jatin’s main purpose of forming Thalassemians Welfare Organization was to create awareness for Thalassemia among circle & masses, to guide Thalassemia patients about treatments available in Pakistan or all over the world and lastly to help poor patients in arranging blood, arranging for blood transfusions, screening charges, medicines and iron chelaters.

South Asian countries like Pakistan, India, Bangladesh have high number of Thalassaemia patients, whereas South East Asia has controlled Thalassaemia, China has very rare Thalassaemia and one our neighbouring country Iran has zero Thalassaemia. In Dubai, UAE, Thalassaemia treatment is free for all citizens and residents.

Jatin Kewlani is doing a great job regarding awarness of Thalassaemia and speaks at different forums and highlights problems faced by Thalassaemia patients and how these can be avoided. He also wants to negate the misconception that Thalassaemia patients don’t live longer than 12 years of age, he simply negates this concept and says that I am living a normal life and am planning to get married soon.